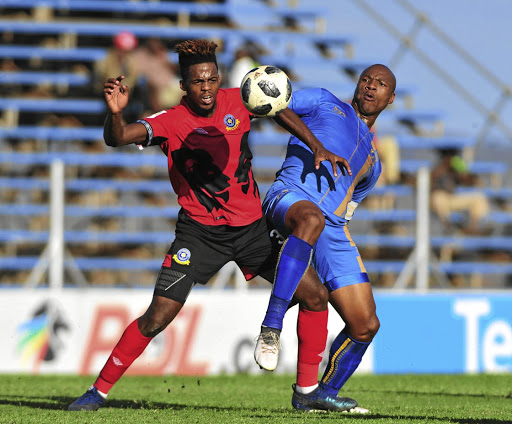 Residents of Tshakhuma village are hopeful their home team, Tshakhuma Tsha Madzivhandila, can still make it past the promotional play-offs to the elite Absa Premiership.

The village, home to over 17,000 residents, is famous for its lush green banana, avocado and mango trees.

Tshakhuma won their promotional play-off match against Royal Eagles 2-1 at home on Saturday to keep their hopes of qualifying alive.

TTM are pinning their hopes on Maritzburg United losing against Eagles tomorrow. Such a result will mean TTM need to win their last match against Maritzburg comfortably at the weekend to stand a chance of promotion.

But it will not be easy.

The Madzivhandila soccer ground, where TTM was formed, is a dusty normal rural sports ground and is one of the six soccer grounds which are found in this village where football is about the only form of entertainment.

Having filled more than 10 buses when TTM was playing away in Durban last Wednesday, this demonstrates the locals' love for the game.

Elvis Madzivhandila, who is the interim chief of Tshakhuma village, said he is proud of the TTM boys.

"As the Madzivhandila family, we are very proud of what the boys are doing. They have lifted our name high and we are very grateful for that, even though we don't have much to give them when they get promoted, but we know our support is enough. We have supported them from the beginning and we have never missed a TTM match," Madzivhandila said.

Khuthadzo Mukomafhedzi, a goalkeeper for Nandilani, an amateur team in Tshakhuma, said this gives them hope as young players from rural areas that one day they too can play in the elite league.

TTM's die-hard fan Pfarelo Swethane said he is still hopeful of the club's chances, despite them losing their first two games in the play-offs.

"I still believe that we will make it. It was a tough competition but we still have our chance. I also feel that if we gain promotion, it will also boost the 24-hour market in Tshakhuma ... as visiting teams will buy fruits and veggies there."

Royal Eagles coach Sazi Ngubane has demanded a much-improved performance from his players in the next match as they look to keep their promotion ...
Sport
3 years ago
Next Article