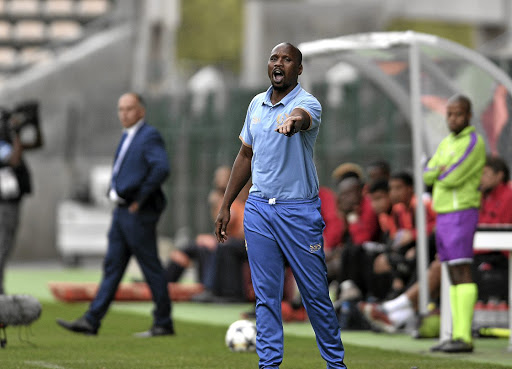 Royal Eagles coach Sazi Ngubane has demanded a much-improved performance from his players in the next match as they look to keep their promotion hopes alive.

Eagles suffered a 2-1 loss against Tshakhuma Tsha Madzivhandila (TTM) at the Thohoyandou Stadium in Venda on Saturday.

Wonderboy Makhubu and Ndabayithethwa Ndlondlo grabbed early goals for TTM while Levy Mashiane pulled one back for the KZN club.

Eagles and TTM both have three points in the play-offs while Maritzburg United are in the lead with six.

Ngubane wants his team to put up a fight against Maritzburg at the Chatsworth Stadium on Wednesday.

"The Maritzburg game is very important. Every game in the play-offs is like a final," Ngubane said.

"Our chances are small but it's not over in the play-offs and we will fight until the end."

Maritzburg United are one point away from retaining their place in Premier Soccer League after Tshakhuma Tsha Madzivhandila gave them a huge ...
Sport
2 years ago

Ngubane was less than impressed with his side's defence after Eagles failed to draw level with leaders Maritzburg in the mini-tournament.

"We spoke for the whole week and told the guys to not concede early," he said.

"In the first half we did not play well because we started very slow. TTM parked the bus and were not making it easy for us. We were very shaky at the back. Even now I am worried because we spoke about this [conceding early] for the whole week."

Maritzburg could secure their spot in the Absa Premiership with a victory in the upcoming clash. Eric Tinkler's men have been clinical and have demonstrated that their 15th place finish in the elite league was not a true reflection of their quality.

The quality of their players, especially Siphesihle Ndlovu, Fortune Makaringe, Thabiso Kutumela and Siyanda Xulu, has shone through.