Polokwane City in the dark about coach Vukusic’s intentions 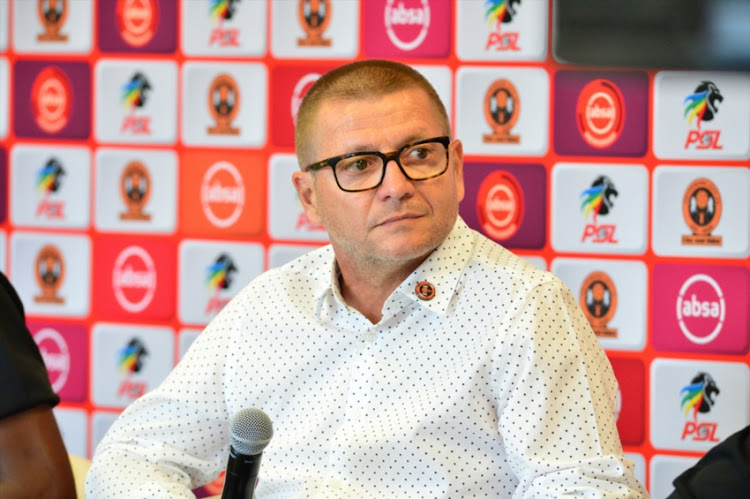 Team manager Bernard Molekwa told SowetanLIVE that City were in the dark as to Vukusic’s intentions.

Polokwane City have had no official word from coach Jozef Vukusic about his intention to quit and know only of media reports claiming that he is leaving.

Team manager Bernard Molekwa told TimesLIVE that City were in the dark as to Vukusic’s intentions.

It had been reported earlier this week that the 54-year-old Slovakian had quit after just one season in which he had taken the club to an impressive fifth-placed finish in the Premier Soccer League.

It was the highest position yet achieved by the club and came despite a modest squad led by 37-year-old Jabulani Maluleke and with little reinforcement.

Vukusic did say after the last game of the season against Orlando Pirates in Soweto that he was considering his position because of his family.

His wife and young daughter stayed behind in his home town of Kosice and the coach said it had been difficult without them.

These comments were made after the official press conference in which he happily answered questions about Polokwane’s plans for next season and how many players they would need to make their squad even stronger.

The coach made a strong impression in his second spell in South Africa. He had been at FC Cape Town in the National First Division previously‚ when they famously beat Kaizer Chiefs in the Bob Save Super Bowl in 2010.

Vukusic also helped several players from FC Cape Town have stints at Slovakian clubs‚ while his own coaching career had seen him move onto Libya‚ Kazakhstan and Latvia‚ where he won silverware.