TTM not ready to play in PSL, Medic admits 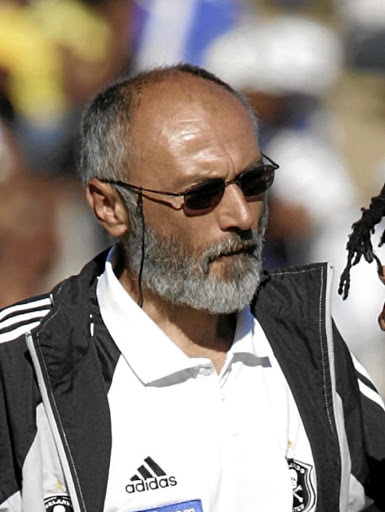 TTM remained winless in the PSL promotion play-offs after suffering a 2-0 loss against Maritzburg United in Venda on Wednesday. Judas Moseamedi and Bongokuhle Hlongwane grabbed the goals for United to ensure that the rescue mission remains on course.

It was their second loss in the three-way mini-tournament after having lost to Royal Eagles last week.

"No, I don't feel we are out of it completely, but we must win our next game here and beat Maritzburg away," Medic said.

"Maritzburg showed us their experience and what it means to be playing in the premiership. It's good school [lessons] for us."

The Serbian added: "I cannot fault my players, they tried their best. Maybe our best is not good enough for the premier league in this moment. Like I said, this is a good school for us for the next season.

"Next season we will fight for a place in the premier league during the regular season and not in the play-offs."

After two games, TTM are bottom of the table while the Team of Choice are in the lead with six points and Eagles have three.

The Limpopo club will be looking to revive their campaign in their next match at the Thohoyandou Stadium tomorrow (3pm).

The former Orlando Pirates assistant coach is concerned about TTM's blunt attack as they remain goalless in the play-offs.

"That is a big concern and it's our biggest problem actually. I cannot complain too much about other things," Medic said.

"We are playing good football but we are just not scoring the goals."

Judas Moseamedi and Bongokuhle Hlongwane scored second half goals as Maritzburg United took a giant step towards safety with a 2-0 victory over ...
Sport
3 years ago

Maritzburg United coach Eric Tinkler has explained why his team changed in the team bus instead of the dressing room ahead of yesterday’s clash ...
Sport
3 years ago
Next Article