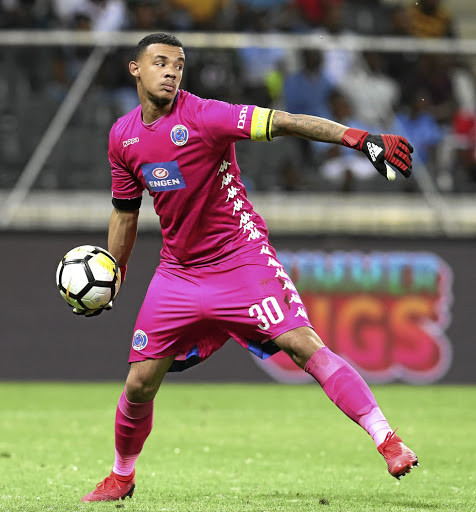 While local goalkeepers were error-prone earlier in the Absa Premiership season, Ronwen Williams's campaign has been beyond reproach.

It has been a tough season for the men between the sticks. Virgil Vries, Daniel Akpeyi, Denis Onyango and Wayne Sandilands all made mistakes they would like to forget in this past campaign.

SuperSport United stopper Williams, on the other hand, completed a phenomenal season for his club where he featured in every minute of every game in all competitions

The polite youth academy product could be rewarded for his campaign as he is nominated for the goalkeeper of the season gong at the PSL Awards in Durban on Sunday.

"Obviously, I am ecstatic and over the moon for the nomination. This was one of the goals at the start of the season," Williams said.

Zwane also in the mix for top award.
Sport
3 years ago

"The last time I was nominated in this category was in my first season [2011/12]. This has been on my mind for some time. I feel that this is one of my better seasons."

The 27-year-old has grown in leaps and bounds since making his debut for the club as a teenager eight years ago. Williams is now among the senior players in the squad and is the vice-captain, with midfielder Dean Furman wearing the armband.

"I have played my part and have a bigger role to play as vice-captain. Our captain Dean was out for about three months and I needed to step up and be a leader," he said.

Williams hopes his season has not come to an end as he looks to be part of the Bafana squad at the Africa Cup of Nations in Egypt next month.

"I know I have not had the best Bafana career but considering my last game against Paraguay I think I did fairly well," Williams said.