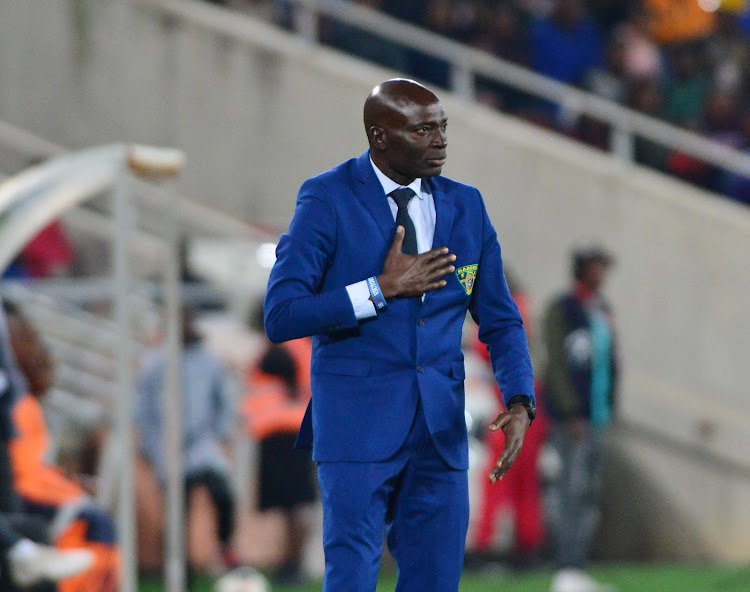 Baroka FC coach Wedson Nyirenda says their season has been a success despite surviving relegation on the final day.
Image: Kabelo Leputu/BackpagePix

Baroka FC coach Wedson Nyirenda has hardly slept in recent months as his team battled relegation and was so relieved when Bakgaga survived the guillotine he immediately committed his future to the Limpopo outfit.

Bakgaga marginally survived relegation by a whisker on the final day of the season with a come-from-behind 1-1 draw at home to Maritzburg United in Polokwane to retain their Absa Premiership status.

Baroka finished the season in 14th place with 29 points from 30 matches that included just six wins‚ 11 draws and 13 defeats.

It was a dismal league campaign but it was enough to see them avoid the dreaded promotion playoffs.

The playoffs pit the 15th-placed team in the Premiership with the teams who finished second and third respectively in the National First Division (NFD).

Nyirenda said he was pleased his team avoided the chop and can now sleep better at night.

"I think I will sleep for the next three days and I am not going to wake up‚” said the Zambian coach.

Nyirenda said their season was a success and has the building blocks for an even better showing in the next campaign.

Asked if his talk of plans for next season mean he will remain with the modest club‚ the coach gave a cheeky answer.

“Stay where? Why are you asking me that question (if I’m staying at Baroka or not)?‚” asked Nyirenda‚ whose coaching credentials are laced with league championship glory from his native Zambia.

“Where did you hear I am going? I’m still here at Baroka and I think I am Baroka.”

Nyirenda declared that he was fully committed to the Limpopo club and was already working on how to improve the team ahead of next season.

He has pointed out depth as one area where his team are lacking.

“I think the biggest problem we had was the depth. The depth of the team was not there.

"We had young players playing all these games.

"We had some playing in the Telkom and others in the Nedbank and the league; I think it is too much‚” said the former Kaizer Chiefs striker.

Nyirenda said Baroka have already identified reinforcements for next season.

“There are some players that I think we have targeted‚" he said.

"I think we have spoken to one of two of them already.

“All we need is competition. We have the team now.

"The boys have tasted the PSL and they are now PSL material.

“Next season we need competition. We need people to know that if I don’t play well today somebody is going to play and take my position.”