TS Galaxy go all out to upset Chiefs 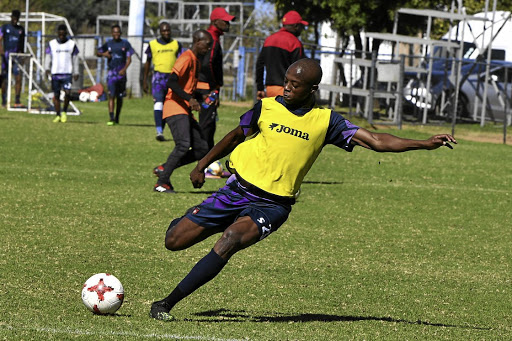 Zakhele Lepasa will be the man to watch if Chiefs have to contain the Rockets.
Image: Lefty Shivambu/Gallo Images

Speaking at their media open day at Panorama Sports Club in Rooderpoort yesterday, Galaxy coach Dan Malesela revealed they roped in local legends to impart their experience of winning trophies to his youthful troops.

"We brought in Roger Feutmba, Eric Ramasike [both former Mamelodi Sundowns midfielders] and Bernard Lushozi [ex-Orlando Pirates defender] .just to have a chat with the guys through their experience of winning cups. It was a very good exercise," Malesela said.

Malesela is the erstwhile Downs and Pirates defender, he famously captained the Buccaneers side that beat Chiefs in the decider of the 1988 Bobsave Super Bowl, the tournament now replaced by the Nedbank Cup.

He hopes his pedigree in this tournament continues. Malesela has made it clear that reaching the final and not winning is meaningless.

Kaizer Chiefs will be odds-on favourites to lift the Nedbank Cup when they take on National First Division side TS Galaxy in the final at the Moses ...
Sport
2 years ago

"I do not want to go to the final and say 'okay fine we got a silver medal', no man. we need bigger things," the Rockets coach emphasised.

"I have actually forgotten which NFD teams reached a final before, nobody speaks about that. But if we win, people will remember us forever. We must lift it."

Heading into this clash, Amakhosi are still reeling from their league heartbreak after missing out on the top-eight spot for the first time since the 2006/07 season.

However, Galaxy forward Zakhele Lepasa, who has been nominated for the Ke Yona Cup player of the tournament and the most promising player's award, feels Chiefs' poor league form won't count on Saturday.

"I do not think it's an advantage for us. The cup game is always a different ball game. I doubt they will be playing like they were doing in the league," Lepasa said.