The gospel according to Nyirenda 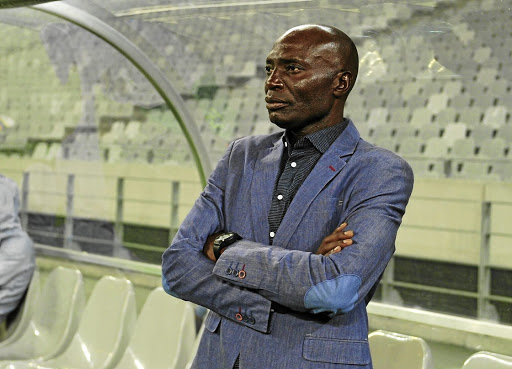 Baroka coach Wedson Nyirenda is more than just a coach for the Limpopo side. He is a motivational speaker and a pastor with the Pentecostal Christian group.

Nyirenda says it's important for him to double up as a preacher for his players.

"First and foremost, we preach the word of God to the players not to win a game, but to win their souls - to better their lives," said the Zambian.

The former Kaizer Chiefs striker pointed out that he's seen, over the years, players lose their way and end up in a destitute state.

Nyirenda wants to ensure that none of the Bakgaga players follow that path.

"I've seen it and experienced it in my life. I was a football player and now I'm a coach.

"You cannot just be a coach, do some exercises and then the players just go [home] . you must have a word [of God] with the players that will change their lives. This is what we do in every camp," he said.

The 52-year-old Nyirenda is a strict disciplinarian who guided Baroka to their Telkom Knockout triumph in his first season with the club.

Baroka FC coach Wedson Nyirenda has hardly slept in recent months as his team battled relegation and was so relieved when Bakgaga survived the ...
Sport
3 years ago
Next Article