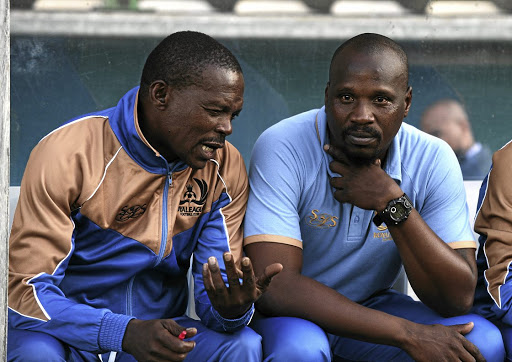 Having secured their play-offs berth by finishing as the National First Division (NFD) runners-up, Eagles aim to substantiate their credentials by putting Tshakhuma Tsha Madzivhandila to the sword in the opening match at Chatsworth Stadium today (3pm).

"The aim is to win both our home matches and go for a draw when we play away. That will give us eight points, which I think will be enough for us to win the play-offs," Ngubane said yesterday.

"The Tshakhuma game [today] will set the tone for us. It's non-negotiable that we must beat them. We want to play perfectly and set a solid foundation for the upcoming games."

Tshakhuma earned their spot in this round-robin contest after claiming third place in the NFD.

The Venda-based club failed to beat Eagles in the league, holding them to a 2-2 draw at home in the first round of the season, before losing 2-0 away in the second round.

However, Ngubane does not want to read too much into their previous results.