Why title is extra sweet for Mosa Lebusa 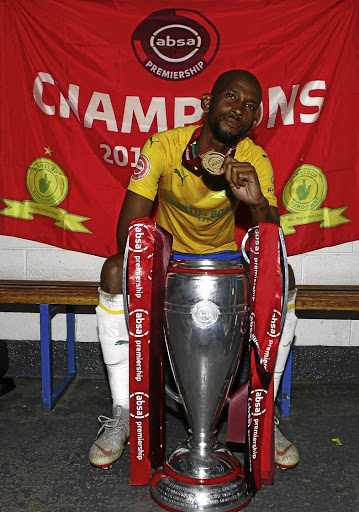 Mamelodi Sundowns defender Mosa Lebusa has gone from experiencing the deep sorrow of relegation 12 months ago, to being crowned a champion in the Absa Premiership.

Around this time a year ago, Lebusa was relegated with Ajax Cape Town.

But as the refrain goes, it's darkest before dawn and the Welkom-born chap is beaming with joy after Downs clinched the league at the weekend.

"Last year this time was the saddest period of my career after we got relegated. As the captain of Ajax it was not nice to have the team go down, and if it was possible I would erase it in my life," he told Sowetan.

"This year I feel like I am on top of the world. I am just happy that we have been able to do this and win it. I am very excited and pleased to be a champion. It's a weird feeling because I felt the pain of relegation last season."

Having delivered eight trophies in seven years for Sundowns, it is no surprise that Pitso Mosimane's phone has been ringing off the hook with offers ...
Sport
3 years ago

In a wicked twist of irony, Lebusa and Sundowns condemned Free State Stars, from his home province, to the National First Division (NFD) after their 1-0 win in Bethlehem on Saturday.

"When the match ended I was actually not aware that Stars were relegated. It was only after in the dressing-room chat that I found out and I felt bad for them because I know how it feels," he said. "But that's football."

The 26-year-old now joins an illustrious alumni of players including Keagan Dolly, Khama Billiat and Rivaldo Coetzee, who have moved from Ajax to find success at Chloorkop.

Having joined a club that has won nine championships since 1997, the lefty hopes to bag more titles in future.

"It is my first major medal and I hope it's not the last one."