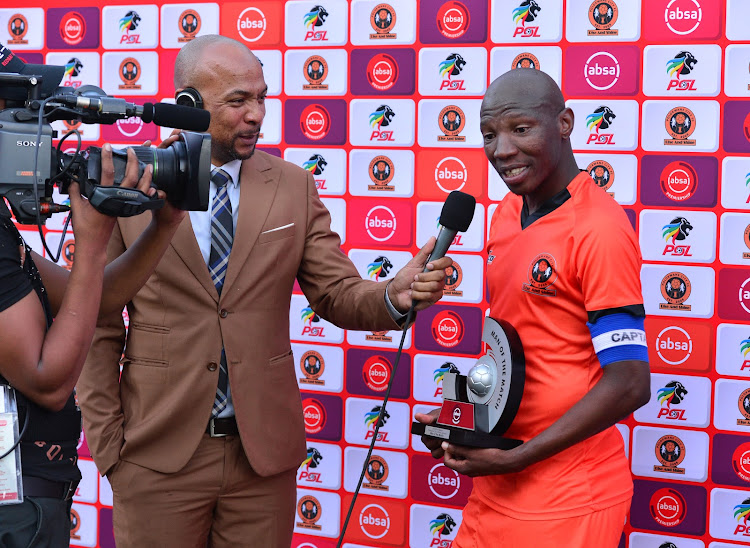 Jabu Maluleke has his sights set on bettering Siyabonga Nomvethe’ achievement of playing past the age of 40 as he ruled out any thoughts of retirement.

The Polokwane City playmaker feels he still has what it takes and both his coach and rival managers agree.

Maluleke turned 37 in March but he is determined to continue … for four more years.

While Nomvete (at the age of 41 years‚ five months and nine days)‚ Teko Modise and Paulus Masehe were among the veterans who bowed out at the weekend‚ Maluleke made it clear he intends to continue.

“There are no retirement plans‚" he said.

"I feel my body is fine and I want to carry on for four more years. I think I can do what Nomvethe did.”

Coach Jozef Vukusic agreed: “If he plays on this level‚ for me‚ he can play until 50.

“He was an influential player in my team‚ even outside of the field‚ but especially with his performances. He gave confidence to other players‚” added the Slovakian-born coach.

“The influence of Maluleke is huge. Everything in the Polokwane team goes through him.”

*Andre Arendse became the oldest player in professional football history in this country when he played for Bidvest Wits against Pretoria University in 2013 at the age of 45 years‚ 10 months and four days.

The oldest outfield player is John Moshoeu at 42 years‚ four months and 27 days when he played his last game for AmaZulu in May 2008.