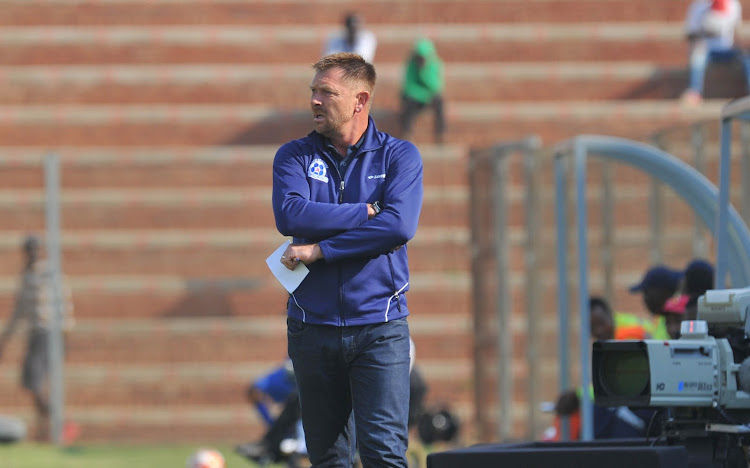 Maritzburg United coach Eric Tinkler has boldly declared that his club will not entertain Cosafa Cup call-ups for their players as they prepare for a fight of their lives in the promotion/relegation playoffs starting on Wednesday.

“Well those requests (if they come) are going to fall on deaf ears right now because we need the players at Maritzburg more than they are needed at Cosafa‚” said the former hard tackling Bafana Bafana midfielder.

“For me Cosafa Cup really means nothing you know. The Afcon for me is a lot bigger but we don’t have any of those players who are going to go to the Afcon.”

Having survived relegation by a whisker with a 15th-place finish‚ Maritzburg face a playoff mini-league against Royal Eagles and Tshakhuma Tsha Madzivhandila (TTM) that will offer them another chance of retaining their Absa Premiership status.

Tinkler did not mince his words when he was asked if the club’s ambitions will come first ahead of Baxter's interests.

“So if any of our players are called up to the Cosafa Cup I will say No and I will be ready to deal with the backlash that will come with that‚” said Tinkler.

The playoffs run from May 15 to June 1 and will coincide with the Cosafa Cup.

Tinkler’s daring declaration may put him on a collision course with Bafana coach Baxter and it could also put the players in a difficult place.

Maritzburg captain and key defender Siyanda Xulu‚ regular midfielders Fortune Makaringe and Siphesihle Ndlovu have been constant features for Baxter’s squad in recent Cosafa Cup camps and would potentially be called up for the regional showpiece.

Baxter said there are around 10 places still available in the squad that will go to the Afcon finals and the Cosafa Cup will offer some players a last opportunity to impress him.

It’s a catch-22 situation for the Maritzburg trio.

On the one hand players will be thrilled to be called up to the Bafana squad in what would effectively be a last chance saloon to book a place on the flight to Egypt.

On the other they have their bread and butter issues to take care of.

Maritzburg will fight to live another day in the Premiership on Sunday when they take part in the promotion/relegation playoffs against provincial rivals Royal Eagles and Venda-based Limpopo outfit TTM‚ and Tinkler will need all hands on deck for the assignment.