Bidvest Wits's relationship with Darren Keet set to 'It's complicated' 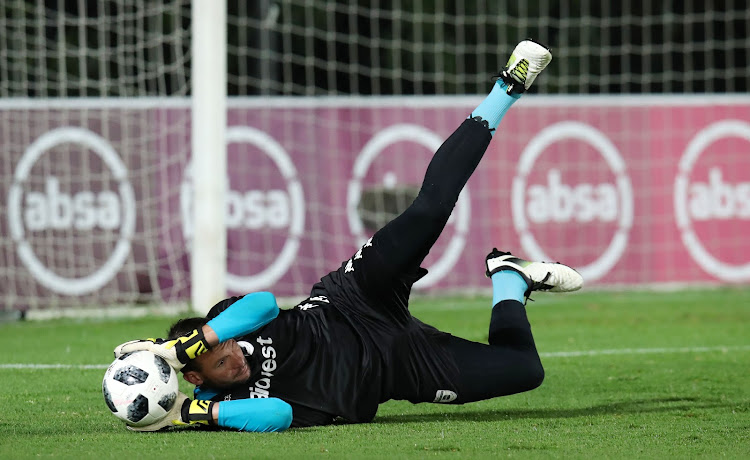 Darren Keet of Bidvest Wits during the Absa Premiership 2018/19 match between Bidvest Wits and Black Leopards at the Bidvest Stadium, Johannesburg on the 24 April 2019.
Image: ©Muzi Ntombela/BackpagePix

Darren Keet’s future at Bidvest Wits remains up in the air after coach Gavin Hunt confirmed that the Bafana Bafana goalkeeper is still to commit to a contract extension.

The keeper’s contract at Wits expires at the end of June and reports suggest that he is keen to return back to Europe.

Hunt appears to be resigned to the possibility of losing the keeper and is already lining up young Ajax Cape Town up-and-comer Jody February as potential cover next season.

“Nothing has been resolved yet [with Keet] so he we have to keep playing‚” Hunt said.

“He will play the last match [against Golden Arrows on Saturday‚ as Ricardo Goss is suspended].

“With the Darren situation we have to get something in as a cover. We will have a look [at February].

“It’s a big ask‚ a big jump for him [February] but we will see. There’s a lot of potential and I’m not afraid to play young players.”

February is still contracted to Ajax and this means Wits will have to dig deep into their pockets if they want sign him for next season.

On whether he’s given up on Keet‚ Hunt was cagey and careful not to rule the possibility of still seeing him in his side next season.

Wits are officially out of the title race ahead of meeting Arrows at Princess Magogo Stadium in their final Absa Premiership game – sort of.

Their relationship status with the title‚ as it is with Keet‚ can be described as: “It’s complicated”.

However there remains the chance of Wits being awarded two points‚ and Sundowns deducted one‚ in a Safa arbitration case regarding Downs having fielded an ineligible player‚ Wayne Arendse‚ against the Clever Boys in a 1-1 draw in October.