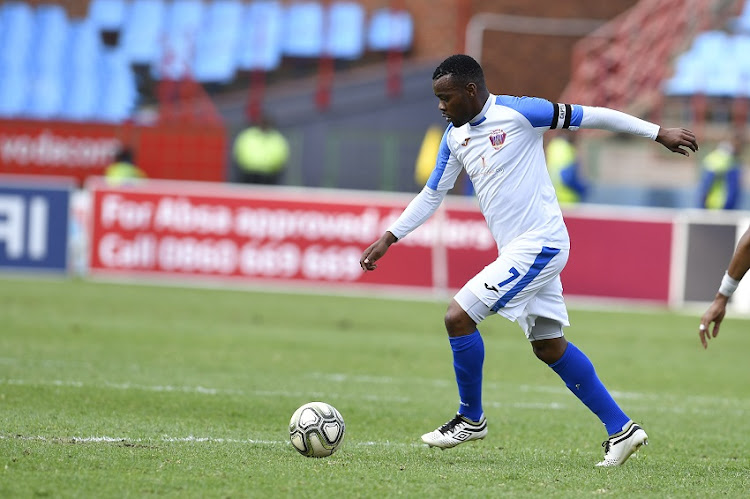 The striker sustained the injury during Chippa’s 2-0 defeat to Cape Town City last month‚ which resulted in him missing the game against Polokwane City a few days ago.

Mbenyane has been a regular and one of the most influential players in the Chilli Boys squad this season.

In his 27 appearances for the Port Elizabeth-based side‚ he scored six goals and has three assists.

Coach Clinton Larsen needs the input of experienced players like Mbenyane to help to them win against the Glamour Boys in their final match of the season on Saturday.

The 31-year-old player is heartbroken that‚ when needed most‚ he will not be available due to injury.

“I have not been training since my injury‚ so I am not too sure if I will make it to Saturday’s game‚” Mbenyane said.

“When I missed the Polokwane match my heart was very sore because I knew the team needed me.

"We have a good team ‚ so even if Andile or Thabo Rakhale do not play there are players that are capable of getting the job done.

“Most people maybe thought the team would not win against Polokwane because Rakhale and Andile were not in the squad‚ but the players have proved them wrong .

“The coach has helped us a lot as the team on how to approach such games even when key players are not available.

“I really do want to play against Chiefs. I know the team needs me‚ but this is football.”

The win against Rise and Shine saw the Chilli Boys move from 15th to 13th position on the log. However‚ they are not out of the woods yet.

They are level on 27 points with 14th-placed Free State Stars and Black Leopards who are second from the bottom of the log.

Saturday’s game will decide Chippa’s future in the top-flight.

If the team survives Mbenyane believes that some changes need to be done in the team next season.

“Sometimes you might not even know why you are in this position‚" he said.

"However‚ I think the changing of coaches and players might be a contributor.

“I think we must start getting players now‚ and not wait for teams to give us their rejects.

"Maybe some of them (players) are not as passionate as we are about the team‚ because they know when the season ends they will go back to their clubs.

“I think we must sign players that really want to be part of the team.

"We must also promote some younger players from our development structures‚ because we also have to show that we believe in them.

“We have a good coach‚ someone who will change a lot of things in the club come next season. He just needs support from us as the players.”