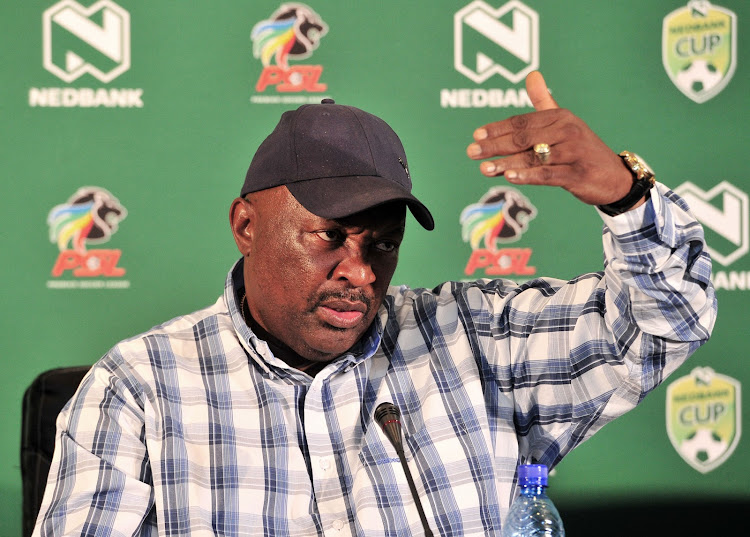 Defeat on Sunday in the penultimate round of this National First Division (NFD) season could prove a death knell for Jomo Cosmos‚ as the once-proud former champions sit on the brink of tumbling out of the professional ranks.

While Jomo Sono has consistently insisted his outfit will bounce back to former glories‚ never deviating from the message‚ they are a far cry from the team that won the league title in 1988‚ took several cup trophies and were the first South African club to make an impact in continental club competition.

Cosmos went as far as the semifinal of the African Cup Winners’ Cup in a heroic campaign in 1993.

But they are now staring at the stark reality of being relegated from the NFD‚ possibly joining the likes of fellow former top-flight regulars Manning Rangers‚ Moroka Swallows and Santos in slipping into obscurity.

Cosmos are in 14th place‚ just one place and one point above the bottom two positions‚ and must beat Tshakhuma Tsha Madzivhadila FC (TTM) at home at Makhulong Stadium on Sunday if they are to move clear of danger.

TTM from Venda‚ however‚ are very much in the promotion chase in fourth place and the Tembisa clash is a “must-win” for them.

Cosmos finish the season away on Sunday‚ May 5 at Witbank Spurs‚ who are already relegated and will end last.

Cosmos have won just seven of 28 league games this season and are a far cry from the side who yoyo-ed between two top-flight and NFD season over the last decade.

They are even further removed from the side of the 1980s and 1990s‚ who were regular challengers for both league and cup honours.

Reported financial problems have seen the squad decimated in recent times and Sono has been forced to sell talent to keep going‚ and not been able to unearth any gems to take their place.

He had a well-founded reputation in the 1980s for discovering stars but with the proliferation of academies and much more structure at youth level‚ sitting in his car on the side of a dusty field spotting footballing diamonds and launching them from obscurity is now but a romantic notion.

Cosmos are one of seven clubs who could still finish second-last and be automatically relegated along with Spurs‚ and Sunday’s round of matches‚ which all kick off at the same time (3pm)‚ are going to be nail-biting for many.

Cape Umoya United‚ Maccabi‚ Real Kings‚ TS Sporting‚ Ubuntu Cape Town and the University of Pretoria are the other clubs who could yet be relegated.

They had drafted in former Bafana Bafana coach Shakes Mashaba in January to save them but he proved a flop and was fired after one league win.