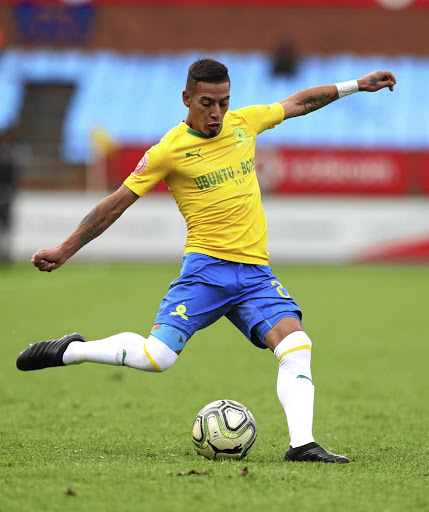 In the past year Mamelodi Sundowns have played more than 60 matches, but still appear to have the legs ahead of their CAF Champions League semifinal clash against Wydad Casablanca in Morocco tomorrow.

Downs' punishing schedule continued on Tuesday when they travelled to North Africa hours after beating Chippa United 3-2 in a league clash at Loftus Versfeld.

The Brazilians rushed to OR Tambo international airport, straight after the match to catch their 8pm flight.

From April last year to date, the Tshwane side have played a combined 61 matches in domestic league and CAF Champions League schedule.

The Ugandan goalkeeper took some heavy blows against Al Ahly in the second leg of the semifinal that was played in Alexandria, Egypt, earlier this month.

Since then Onyango has sat out the last three games, with Kennedy Mweene playing.

"We have to make sure that Denis is ready [for Wydad]. You know what happens over there, and we need Denis in those games," noted Mosimane.

"There are also the old legs; Anele
and Arendse, so we rested them. You've got to trust Musa [Lebusa] and other players. We need fresh legs."

Jingles also took off Sibusiso Vilakazi in the 73th minute and replaced him with Phakamani Mahlambi against Chippa.

Gaston Sirino and Lebohang Maboe were also taken off, but it should be noted that this was fairly late in the match.

Submissions have been made in writing to the disciplinary committee (DC) dealing with the saga of Mamelodi Sundowns fielding ineligible player Wayne ...
Sport
2 years ago

"The substitutions were done with one eye on Wydad," he said.

Mosimane has hinted he anticipates a tight match against Wydad, especially because both teams have met each other a number of times over the years.

"The difference now is that we've never played them away first, so, let's see how they respond when they know they have to come here [for the return leg]," Mosimane added.