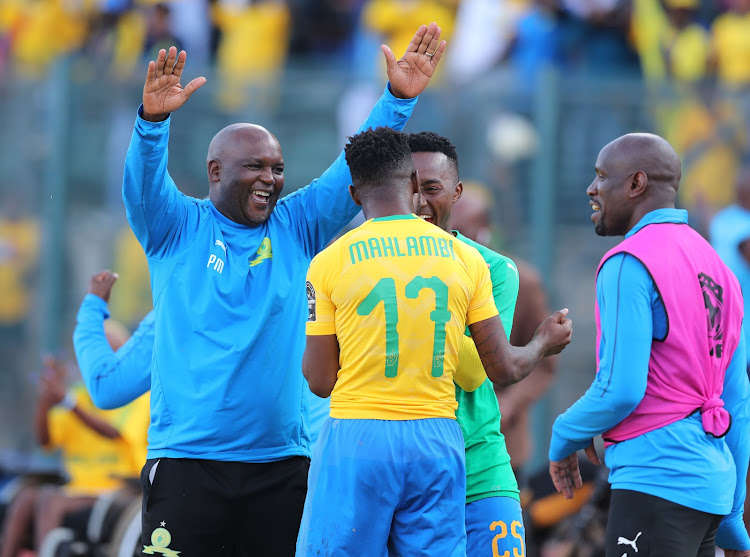 Onyango was not even in the match-day squad as Mosimane opted for Kennedy Mweene between the sticks with Reyaad Pieterse deputising on the bench as they kept themselves in contention for the league with the hard-fought home win.

“Denis not playing against Chippa was to make sure that he is ready for Wydad‚” said Mosimane‚ adding that he also kept out key defenders Anele Ngcongca and Wayne Arendse for the same reason.

“He (Onyango) could have played against Chippa but I didn’t want to risk him.

"There are all the old legs of Anele and Wayne who are going to be important for us in Morocco because of their experience. So‚ I had to trust a guy like Musa Lebusa in the defence.”

Sibusiso Vilakazi‚ Lebohang Maboe and Gaston Surino did not finish the game as they were respectively replaced by Motjeka Madisha‚ Lyle Lekay and Rivaldo Coetzee in the second half with Mosimane managing their workload.

“The match was on the edge but sometimes you have to take the risk as a coach and that is why it was important is to take Vilakazi‚ Maboe and Gaston out.

"As a coach you are worried of losing the match but the next one is also huge. You have to trust other players to come in and help the team to win the match against Chippa at home.

“The score was 3-1 and I needed to save the legs of some of the players.

"We need them together with Denis and Anele because they are our soldiers and have been there.

"Our substitutions were not technical‚ they were with one eye on Wydad.

"We are in the space where we play in two big tournaments and we can’t lose because all the games that we have are a win at all cost.”

Mosimane said his target in Morocco will be to try and beat Wydad for the first time away from home in their fourth attempt.

“What is important is to break the ice or we either get a draw or lose 1-0‚" he said.

"We need to try and score and win the match but if we don’t win‚ a 1-1 draw would be nice.

"I don’t know what is going to be their plan because they are starting at home first this time.

“What I know is that Sundowns have a game at home against the North Africans and they don’t deal with that very well.

"That is what we know and that is what they know. We also know that Sundowns doesn’t win in Casablanca and those are the facts.”