Da Gama happy with his team 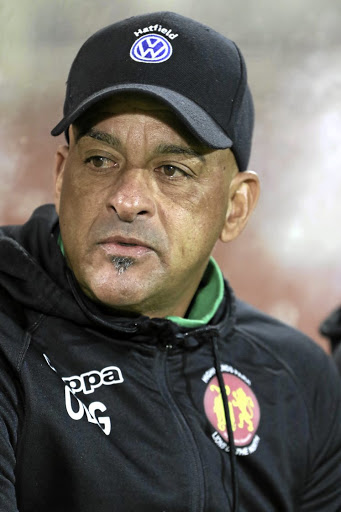 Highlands Park continued their bid for a top eight place in the log with a 1-1 draw at Cape Town City on Tuesday, but coach Owen da Gama has no targets heading into the end of the campaign.

Da Gama says they did not set any targets at the start of the season, noting that it was more about acclimatising to the league following their promotion from the National First Division (NFD).

"Our sights were never not to be relegated, to be in the top eight or finish as high as possible," Da Gama said yesterday.

"We always said we want to be as competitive as possible in this league and that will determine where we end up.

"Once you get that competitive edge in your team, it is how you build the foundations of success because once you can compete, anything is possible. I believe that next season this will be a better team.

He continued: "We have made a lot of mistakes. There are a lot of games we could have won. We have to learn from that. We have got our weaknesses, but our resilience and competitive edge is there."

Da Gama does admit that it has been a steep learning curve for many of his players, but that this will only make them better in the future.

"Sometimes you just need to make it through your first season. You need to see who can make that step-up from the NFD and who can't.

"A lot of players have raised their hands, but some are still battling," he added.

Highlands Park continued their bid for a top eight place with a 1-1 draw at Cape Town City on Tuesday‚ but coach Owen da Gama says he has no targets ...
Sport
3 years ago
Next Article