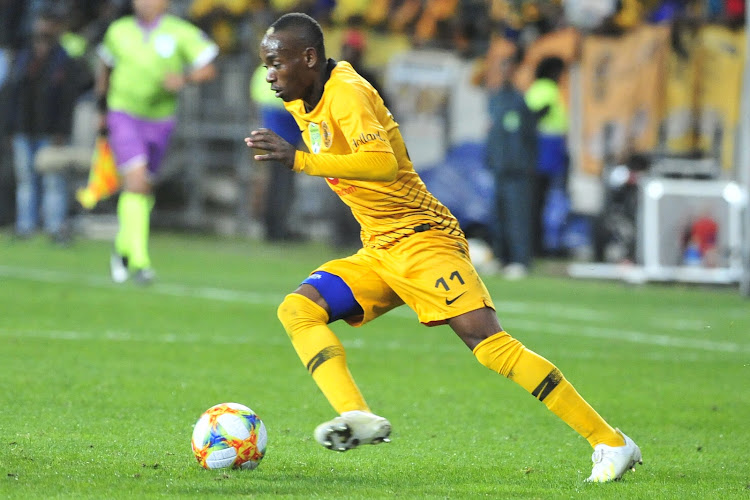 Billiat’s name was conspicuous by its absence in Chiefs’ match 18 for the draw at FNB Stadium‚ prompting speculation it might have some link to a car accident‚ where the player’s tyre of his Infiniti SUV burst and it struck a pavement in Midrand on Sunday.

Middendorp‚ though‚ said that Billiat ended his man-of-the-match performance in Chiefs’ 4-2 Nedbank Cup semifinal win against Chippa United in Port Elizabeth on Saturday night complaining of hamstring issues‚ and the decision to rest the player was taken then.

“Immediately after the game in Port Elizabeth he was already indicating that there are some heavy hamstring issues‚” Chiefs’ coach said.

“That was the decision – that he is not available for today.”

Middendorp was naturally disappointed that Chiefs spurned a string of clear scoring opportunities they created against Arrows‚ including striking the crossbar three times‚ so were unable to claim three points to begin trying to improve on their seventh placing in the league.

"I think‚ hitting the crossbar three times‚ you can see quite clearly that the result is definitely totally disappointing‚” the coach said.

“I think from the entire dominance and the entire movement in this game‚ despite the [energy-sapping Saturday game]‚ with players like Dax and Bernard Parker there was a little bit of decision-making not so right.

“OK‚ it was our job to produce and to score. We haven’t done it. A disappointing result.”