Stellenbosch on course for automatic promotion after beating TS Galaxy 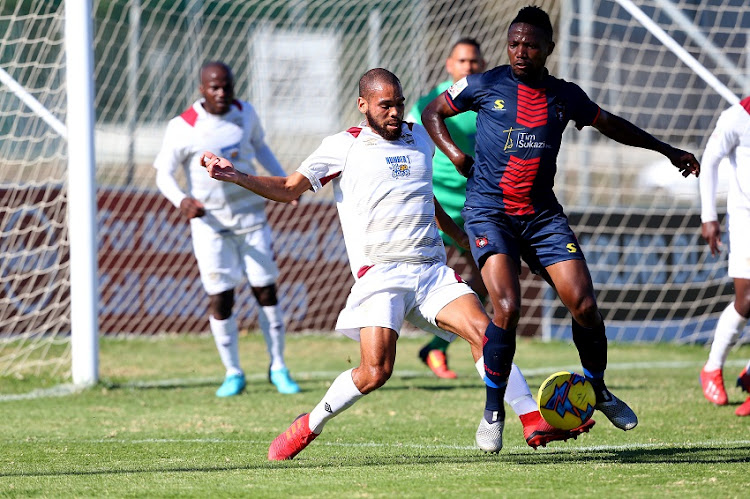 Iqraam Rayners continued his goalscoring run for Stellenbosch with a double on Wednesday afternoon as the home side beat Nedbank Cup finalists TS Galaxy 2-1 to go back to the top of the National First Division table.

Steve Barker’s side are on course for automatic promotion‚ leading by two points from Royal Eagles and with two games left to play – both in the Cape.

Rayners had the home side ahead in the opening 10 minutes with a typical turn and shot from close range and won a penalty some 15 minutes later to extend their lead from the spot.

He broke away and went down as he rounded the Galaxy goalkeeper Ludwe Mpakumpaku.

With the naked eye he looked to have been poleaxed but the television replays showed there was no contact‚ making it a fortuitous decision in the home team’s favour.

But a defensive slip allowed Tshegofatso Nyama to pull one back in the 41st minute for the cup heroes‚ who booked their place in the final against Kaizer Chiefs in Durban on May 18 by sensationally beating Lamontville Golden Arrows at the weekend.

AmaKhosi coach Ernst Middendorp was at the Idas Valley Stadium to take notes ahead of the cup decider.

He will have seen plenty of passing from Galaxy‚ surprisingly fresh despite two hours of football on Saturday‚ but poor finishing.

Dan Malelsela’s side squandered three second half chances – one after the other in quick succession – and should have had a share of the spoils.

But Stellenbosch now have their destiny in their own hands‚ and will be automatically go up if they win their last two games – away at Cape Umoya United on Sunday and then at home on May 5 to Maccabi.