Maritzburg United to take the fight to Pirates 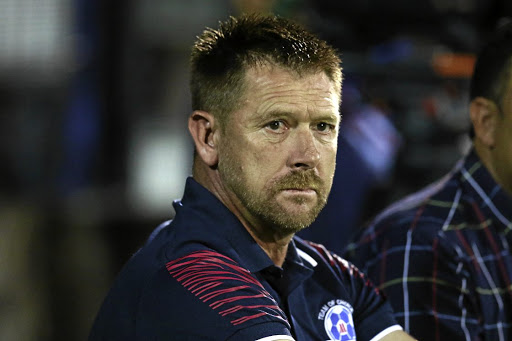 Maritzburg United's Eric Tinkler wants his side to be clinical against Pirates.
Image: Gallo images/Anesh Debiky

Maritzburg United and Orlando Pirates may be separated by a whopping 30 points on the log, but this has not stopped the Team of Choice coach Eric Tinkler from believing they can beat the Buccaneers.

Heading into the encounter between these two sides at Harry Gwala Stadium tomorrow (7.30pm), Maritzburg and Pirates have contrasting objectives as regards the conclusion of the Absa Premiership. Top of the table Bucs are striving to win their first title in seven years, while bottom-placed United would be happy just to stay in the top flight.

"Of course I will always believe. it's the type of person I am, the character I have, to fight until the end. Right now we have four cup finals [referring to their four remaining league matches] and we cannot be selective,'' Tinkler asserted.

"Yes, Pirates [will provide] a tough game, but the players should be motivated to play against Pirates. The win is even more important now than in a normal circumstances. than in seasons gone by. This season it's about our survival and collecting three points against Pirates is extremely important."

The Maritzburg tactician is drawing inspiration from one of the outsiders in the title race, SuperSport United's 2-0 victory at second-placed Mamelodi Sundowns last week, emphasising every team in the league was beatable.

"Anybody is beatable in this league. You saw it. SuperSport beating Sundowns. Teams are beatable as long as you apply yourself in a correct manner, and if you believe. You need to have that belief,'' noted Tinkler.

While most of the teams at the bottom choose to sit back and to use counter-attacks against a side of Bucs' calibre, Tinkler, a former Pirates coach, won't deploy a defensive approach tomorrow.

"I would rather win this game 5-4 than lose 1-0. We need to be clinical. Last week I spent most of the time working on defence, because I thought it was important,'' said the Maritzburg coach.