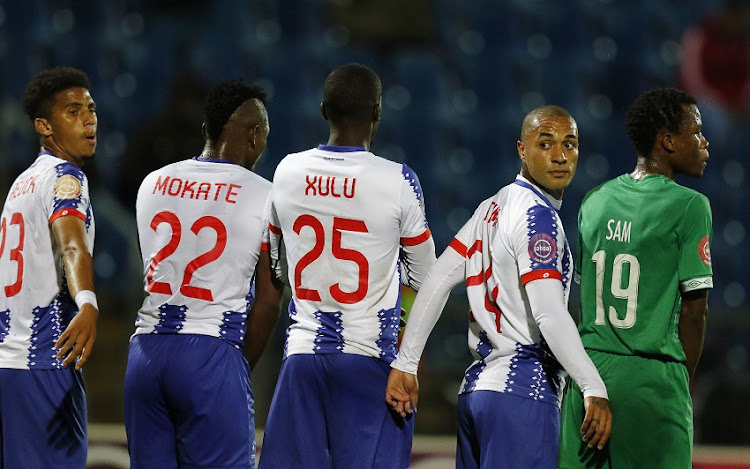 Maritzburg United are hoping for a repeat of history and the near-miracle survival they pulled off three years ago as the last-placed team host title-chasing Orlando Pirates in a huge match at either end of the Absa Premiership table on Wednesday night.

In the 2015-16 season last-placed Maritzburg‚ under now-Kaizer Chiefs coach Ernst Middendorp‚ were four points behind second-last Pretoria University at the halfway stage on a meagre eight points.

They were level with Tuks on 21 points‚ and still four behind third-last Jomo Cosmos‚ with two games to go.

United beat Ajax Cape Town 1-0 at home‚ then Cosmos dramatically 3-1 away in Potchefstroom in the last game to somehow avoid not just outright relegation‚ but the playoffs too.

Orlando Pirates are enjoying a mood of excitement as they contemplate the possibility of taking the league title for the first time in seven years‚ ...
Sport
2 years ago

Maritzburg host leaders Pirates at Harry Gwala Stadium – where Bucs have been given some torrid outings by the KwaZulu-Natal team – in arguably a more desperate position‚ in last place‚ four points behind Chippa United (14th) and Baroka FC (15th).

In 12 seasons in the PSL‚ United chairman Farook Kadodia has seen it all‚ including relegation in 2006-07‚ bouncing back as First Division champions in 2007-08‚ and last season’s high of fourth place and a first cup final in the Nedbank Cup.

“At the moment‚ all is not lost. It’s a big game against Pirates. Obviously the games are getting less‚” Kadodia said‚ not pushing panic buttons.

“And we cannot bank on everybody else losing‚ or on other teams winning. We have to just focus on our games.”

Pitso Mosimane says his repeated assertions over the last week that he does not care if Orlando Pirates win the league rather than his own side is ...
Sport
2 years ago

The KZN team host fourth-placed SuperSport United at Harry Gwala – where they have won three of four games under coach Eric Tinkler‚ who replaced Mushin Ertugral in late January – on Saturday‚ May 4.

Then‚ in a match that is headed towards echoing the circumstances of 2015-16 against Cosmos away‚ United travel to Old Peter Mokaba Stadium in Polokwane to meet Baroka in the final game on Saturday‚ May 11.

Kadodia does not believe his team – still containing many remnants of last season’s breakthrough campaign – have left the fight too late.

“I think the important thing is that at home Eric has won three out of four matches‚” the chairman said.

“I firmly believe that if we take one step at a time‚ I have full confidence that the players will fight. We will do exactly what we have to off the field to keep the players focused.

“We fully understand that Pirates are fighting for the championship – it’s not going to be an easy match. But I firmly believe that our players will give us the best on the day.”

Pirates‚ with three games to play‚ are on 50 points‚ leading the PSL on goal difference from Mamelodi Sundowns‚ who will have a game in hand after Wednesday's round of matches.