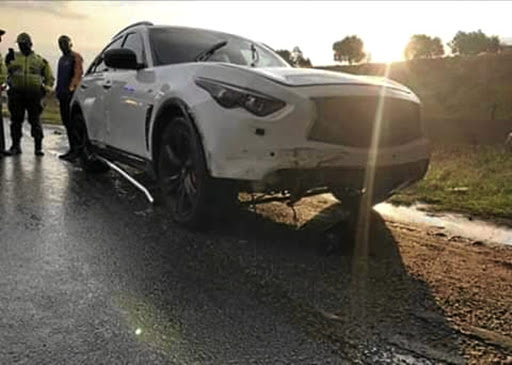 Khama Billiat was involved in an accident in Midrand, Johannesburg, on Sunday. He suffered no injuries.

Khama Billiat of Kaizer Chiefs has escaped unharmed from an accident that happened in Midrand, Johannesburg, on Sunday afternoon.

The car crash happened soon after Kaizer Chiefs returned from Port Elizabeth, where they beat Chippa United 4-2 in the semifinals of the Nedbank Cup at Nelson Mandela Bay Stadium.

Billiat scored a cracker of goal which was the icing on the cake since Chiefs were already 3-2 up.

But Chiefs' moment of joy was spoilt when they received the news that the Zimbabwean forward had been in an accident.

The club, however, was relieved to learn that Billiat didn't even need to go to hospital, despite the damage to his Infinity SUV.

"Billiat was involved in an accident [on Sunday] and it was caused by a burst tyre. it happened where the N1 joins the M1 in Midrand. He was going home after we returned from PE," confirmed Chiefs spokesperson Vina Maphosa yesterday while speaking to Sowetan.

"He lost control and hit a pavement, but there were no other cars involved. He didn't sustain any injuries."

At the time of writing, it wasn't clear if Billiat would be available for tonight's match against Golden Arrows at FNB Stadium. The club's doctors were due to assess him late yesterday.

"We are going to training and we haven't met about the availability of players.

"Remember, we arrived [on Sunday] and we are reporting for duty now," Maphosa said.

"Every player, including Billiat, is available except those that are injured. we are going to training and if something changes, we would make the announcements.

"But there is nothing from the accident that suggests that the player might not be available," he added. 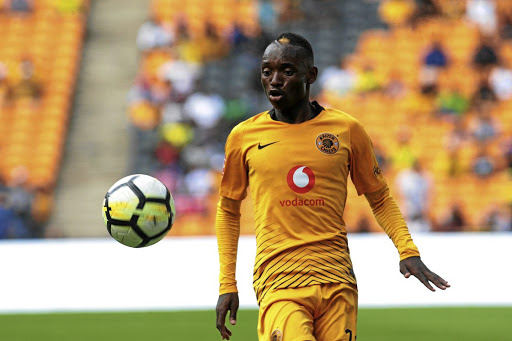 In 2013, Billiat, who was not available for comment, was involved in a car crash that left him with minor bruises to his neck and chest during his time with Mamelodi Sundowns. At the time, it was reported that his car was a write-off.

Chiefs have seen their players involved in car crashes a couple of times since the beginning of the 2018/19 season.

Lebogang Manyama was sidelined for a few weeks with a fractured elbow after his BMW was involved in a crash with three other cars on the N1 North after the Malibongwe interchange in Randburg.

Wiseman Meyiwa is wheelchair-bound after he lost control of his VW Polo GTI outside Villiers on the N3 in the Free State six months ago.

The 30-year-old player, who was due to join Bidvest Wits at the end of the season, was killed in a car accident in Bethlehem, Free State, on Monday ...
Sport
2 years ago
Next Article