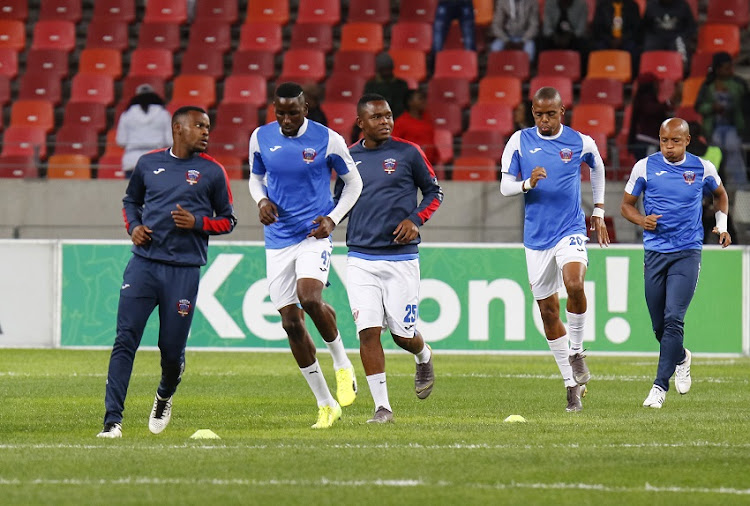 Gutted after Chippa United were booted out of the Nedbank Cup semi-final by Kaizer Chiefs (4-2) in Port Elizabeth on Saturday‚ Clinton Larsen is now hoping the form his team showed in the cup will be transferred to their league campaign where they are fighting relegation.

The Chilli Boys had bravely beaten Mamelodi Sundonws and Bidvest Wits to reach the cup semis but with their hopes gone after being beaten by Chiefs in a pulsating encounter on Saturday‚ Larsen has now turned his attention to escaping the drop to the National First Division.

Sitting third from the bottom with 24 points and four league matches remaining‚ Chippa face a daunting task against defending league champions Sundowns at the Loftus Stadium on Tuesday where they will be looking to bounce back after losing 1-0 against Bidvest Wits at home in their last league match.

“Another spirited performance like the one on (Saturday) is all I can ask from my troops‚” Larsen said of their task against a Sundowns team that is fighting to defend their league title.

“We’ve got a few boys itching to get into the team. The likes of Ali Keita‚ Mark Mayambela‚ Jerry Modisane and William Twala‚ just to name a few.

“You know these players are itching to get a run and I believe that if they get it against Sundowns‚ they will give their best to give us the best result.

"It’s important in these four games that we grind out the results.

“You know we must not just play pretty football‚ we have got to grind out results and make sure that if we can get a point or three from every single game between now and the end of the season‚ I think we will be just fine.”

Chippa are four points clear from the bottom placed Maritzburg United and after the Sundowns game things won’t get any easier for the Chilli Boys as they will host Cape Town City on Friday‚ play Polokwane City away and finish off their league campaign at home against Chiefs.

Alongside AmaZulu (27 points)‚ Black Leopards (26)‚ Free State Stars (25) and Baroka FC (24)‚ Chippa are not safe from the axe and the dreaded relegation play-offs against two NFD teams that finish second and third.

“I said a few months ago that if our team keeps fighting like this (on Saturday) we will be safe from the drop‚” said Larsen.

“There’s been more consistency in results but more so with the performances we have been giving.

"It gives me and the club a lot of confidence going to the last four league matches.

“I think we’ve got enough in our arsenal to get enough points in the remaining 12.”