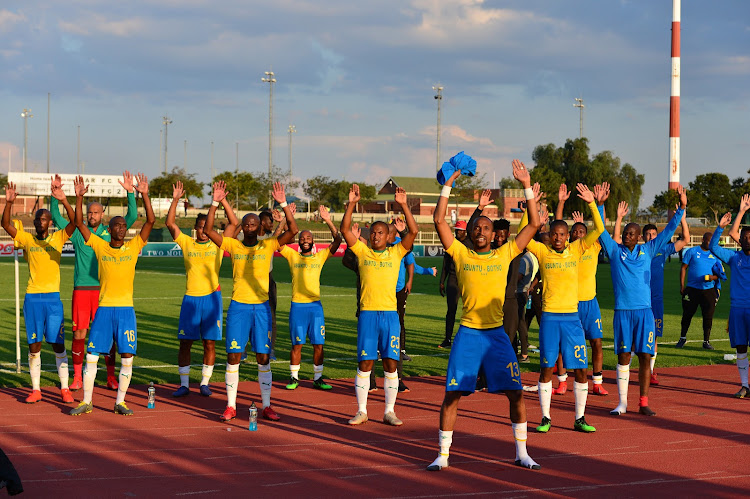 Mamelodi Sundowns face an anxious wait to see whether the key midfield duo of Hlompho Kekana and Tiyani Mabunda will be fit to play in Tuesday’s Absa premiership outing against Chippa United and also make the trip to Morocco for the African Champions League semifinal at the weekend.

Both hobbled off after harsh tackles in the 2-1 win over Baroka FC at Polokwane on Saturday as Sundowns won 2-1 to move to within three points of league leaders Orlando Pirates.

The stamp on Kekana’s ankle saw Rodwell Chiyenkentere sent off‚ leaving Baroka to play the last 15 minutes down to 10 men.

Mabunda had picked up a knock not long before but looked fatigued as Sundowns were in action for a third time in seven days‚ including travel back from Cairo.

The relentless run of fixtures continues on Tuesday against Chippa at Loftus Versfeld although the kickoff time has been brought forward to 3pm to allow Sundowns to go straight to the airport afterwards to fly via Qatar to Casablanca to face Wydad in the first leg of the semifinal on Saturday.

Mosimane has made it clear that the Champions League is now the priority and although he said “Pirates can take the league‚ I don’t care” several times on Saturday‚ it was all too obvious that was more of a comment aimed at distraction than a heartfelt sentiment.

Sundowns‚ who have a game in hand on the log leaders‚ were backing to their campaign-passing best at times in the game although their finishing resembled a warm and flat beer.

They should have won by a much larger margin even to Mosimane’s surprise:

“I didn’t think the game would happen as it did because Baroka are a difficult side to break down‚ everyone else has struggled with them.

“The good thing is that we found our rhythm very early. They struggled to close Mabunda and Kekana and when they did manage to do that‚ we went to (Sibusiso) Vilakazi and Themba Zwane‚ who played well in the pockets‚” explained the Sundowns coach.

“They couldn’t deal with the way we played and it gave us confidence on the ball. We gained momentum‚ we kept passing and passing.

“We missed a lot of chances but I haven’t seen a Baroka team opened up like we did to them‚” Mosimane added.