Zwane, Nascimento on target as Sundowns close in on leaders Pirates 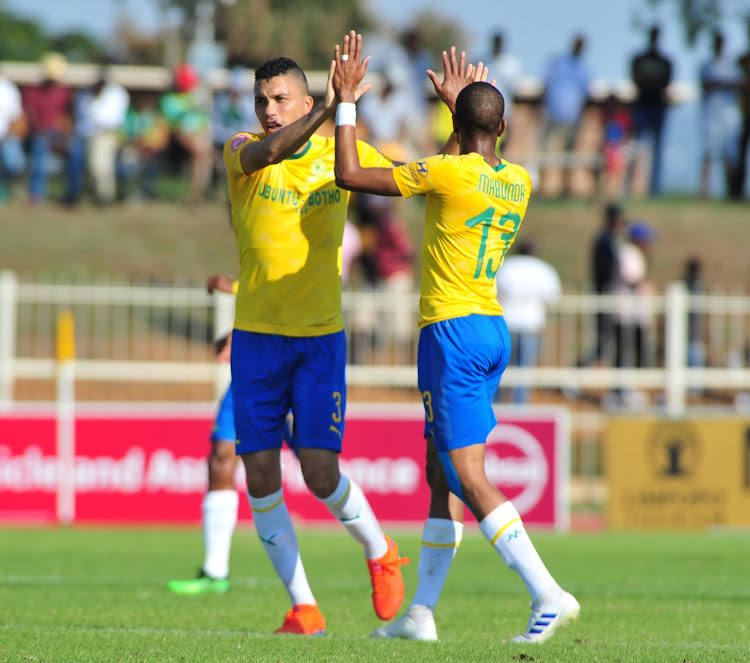 Mamelodi Sundowns got their championship aspirations back on track with a 2-1 victory away from home over 10-man Baroka FC, who have fallen into the relegation zone after losing at the Old Peter Mokaba Stadium in Polokwane on Saturday.

Ricardo Nascimento’s first half penalty and Themba Zwane’s 57th minute winner means Sundowns are now within three points of leaders Orlando Pirates and with a game in hand.

The defending champions, who had won only one of their last five Absa Premiership encounters, have four games left while Pirates’ schedule sees them with just three.

Baroka, who had midfielder Rodwell Chinyenkentere sent off with 15 minutes to go, dropped one place to 15th spot, now behind Chippa United on goal difference.

The match marked the first start since October for Sundowns midfielder Sibusiso Vilakazi, back after a horror knee injury suffered while training with the national team.

He has had two substitute appearances since being declared fit again but this was his first outing in the starting lineup and it did not take long for him to again show the silky skills of old.

It would have put some more gloss on his comeback had he taken a simple chance after just nine minutes when he combined with Zwane and Lebogang Maboe to find himself staring at an open goal but from close range somehow contrived to miss.

But Vilakazi won the penalty that handed Sundowns the breakthrough in the 38th minute after a clumsy challenge from rookie defender Lawrence Ntswane.

Nascimento expertly converted to give Sundowns as much as they deserved for their dominance in the first half.

Baroka, much better after the break, equalised through Onkabeste Makgantai after an errant goal-kick from Kennedy Mweene but parity lasted only five minutes before another intricate passing move allowed Zwane a comfortable finish.

Thandani Nthsumayelo, celebrating his 29th birthday, came on as a second half substitute for Baroka for his first game in more than three years after his cocaine ban.