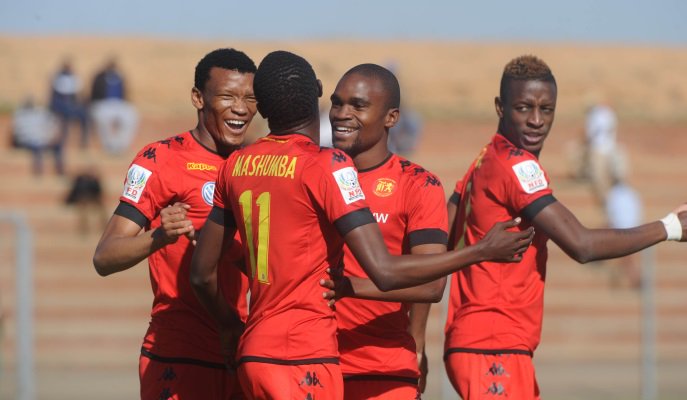 Peter Shalulile is lately becoming a saviour for Highlands Park when the Lions of the North appear to be in dire need of someone to pull them out of trouble.

The Namibian international equalised in the 38th minute last night, cancelling out Sibusiso Hlubi's goal that he scored in the eighth minute for Free State Stars at Makhulong Stadium in Tembisa.

The point Highlands earned against relegation-threatened Ea Lla Koto enabled them to retain their eighth spot on the Absa Premiership table.

Shalulile did the same for his side on Saturday when he scored the all-important goal that saw Highlands Park
narrowly beating Maritzburg United 1-0 to claim the top-eight spot.

Last night's goal for Highlands Park resulted from a long throw-in by Ryan Rae inside the box, which resulted in a scramble and the well-placed Shalulile tapped home.

Stars players protested the referee's decision, arguing that the ball had not crossed the goal-line, but it turned out that the whole circumference of the ball had crossed the line before goalkeeper Samkelo Mbambo tipped it back into the field of play.

Rooi Mahamutsa crossed the ball inside the 18 area and the ball eluded all defenders and found Hlubi on a perfect spot to easily guide the ball home.