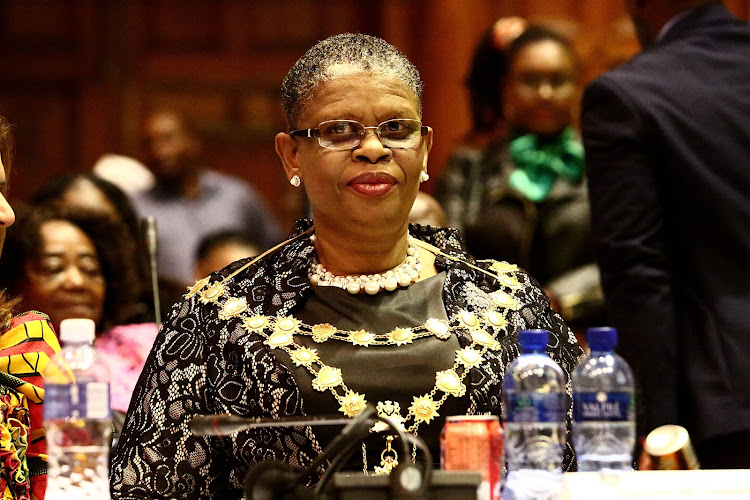 The newly elected eThekwini Mayor Zandile Gumede during her inauguration at the Durban City Hall on August 23, 2016 in Durban, South Africa. Gumede who is the first woman to be elected mayor of the metro won by 126 votes to 87 votes received by DA's Zwakele Mncwango.
Image: Gallo Images / The Times / Jackie Clausen

The draw for the 2019 COSAFA Cup is likely to take place on Friday‚ May 3 as the regional tournament heads to Durban next month.

The South African Football Association (SAFA) and eThekwini Municipality have stepped in to host the championship from May 25-June 8‚ after Zimbabwe pulled out at the last minute.

This year’s competition carries added significance as the field is likely to have five teams headed for Africa Cup of Nations in Egypt later in June – South Africa‚ Angola‚ Namibia‚ Zimbabwe and Madagascar.

For those not going to the continental showpiece‚ there is also the African Nations Championship qualifiers to prepare for in late July and early August.

Whether Bafana Bafana will use the competition as Nations Cup preparation remains to be seen‚ but it would appear to be a good opportunity for coach Stuart Baxter to have the majority of his players in camp‚ and to play a minimum of two competitive friendly matches.

Given that Bafana may well have camped in Durban anyway‚ and would play two of their fixtures at the Moses Mabhida Stadium if they made the final‚ providing quality facilities‚ it seems a no-brainer.

They will still have 16 days after the tournament to prepare for their opening match in the Cup of Nations against Ivory Coast on June 24.

Baxter may wish to see the draw first to gauge the path of the team‚ with a potential clash against Nations Cup opponents Namibia potentially changing his thinking.

That pool stage and quarterfinal draw is likely to be held on May 3‚ TimesLIVE understands‚ though no formal announcement has been made by COSAFA.

The eThekwini Municipality have stepped in to provide a home for the tournament‚ with the semifinals and final of the tournament will be played at the Moses Mabhida Stadium.

King Zwelithini Stadium in Umlazi and the Princess Magogo Stadium in KwaMashu will be used earlier in the competition‚ while the Sugar Ray Xulu Stadium and Chatsworth Stadium will be training venues for the teams.

The last time Kaizer Chiefs were in the semifinals of the Nedbank Cup, there were chaotic scenes at the end of the match.
Sport
2 years ago

eThekwini Mayor Zandile Gumede expressed her enthusiasm at the opportunity given to the City to host the tournament.

“Durban is known as Africa’s playground and we have proven this over and over again through the many successful international sports tournaments that we have hosted‚” Gumede said.

“We have world-class sporting facilities‚ including our iconic Moses Mabhida Stadium‚ which makes it easy for us to accommodate tournaments of international standard.

"We have warm and friendly weather all year round and our citizens are sports-lovers of note.

“I am certain that they will fill-up all the stadia to support their favourite teams and create that exciting and jubilant vibe. We look forward to hosting the games.”

SAFA president Danny Jordaan‚ who has emerged as a saviour for the tournament yet again‚ thanked Gumede for taking on the staging of the event‚ the fourth time in the last five editions that South Africa has taken it on.

“By accepting to host the upcoming COSAFA Cup tournament‚ eThekwini has once again shown that it is a municipality whose agenda is to live the masses’ goals.

“Football is by the far the biggest sporting code in the country and the world at large‚ and by embracing the sport in all forms‚ it goes to show how you always embrace the football legacy.

“The fact that you took over this tournament at the last minute will endear you with‚ not only the football masses of South Africa but the entire COSAFA region.”