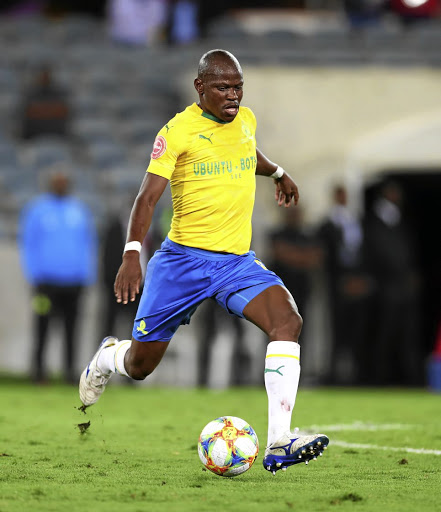 The battle for supremacy in Tshwane will bring the city to a standstill tonight as Mamelodi Sundowns take on SuperSport United.

SuperSport have a score to settle with their neighbours in the derby at Loftus Versfeld tonight (7.30pm).

It has been six long years since the blue side of the capital tasted victory as the yellow side has been dominant. Matsatsantsa a Pitori are winless in their last 11 league clashes, after nine wins for Downs and two draws.

United skipper Dean Furman is looking forward to the battle with a number of his Bafana Bafana teammates.

"It's always a big occasion when we play Sundowns and this time will be no different," Furman said. "Over the past few years I have come to know some of the players there very well and I expect another tough one.

"This is the time when guys are fighting hard to show that they deserve to be in the Bafana Bafana squad for the Afcon."

Kekana admitted that their dominance over the years will count for nothing on match day.

"It is going to be a tricky match for both of us because we need the points," Kekana said. "We want to close the gap on [Orlando] Pirates to keep things interesting and they want to improve their position on the log. There is always something when we play against them and it is a derby, which means pride will be at stake."

With 44 points, Downs are six points behind leaders Pirates in the Absa Premiership. The Brazilians, though, have three games in hand and judging from their form in the CAF Champions League, could go level with Bucs by the weekend.