Malombo to be celebrated 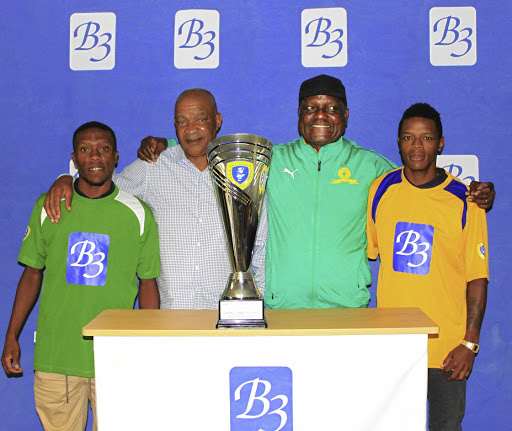 The chairperson of B3, Matthews Mogafe, second from left, and Malombo Lechaba flanked by participants.
Image: Supplied

The tournament, aimed at honouring football legend Malombo for his contribution in the football industry since the beginning of his professional football career in 1973, will take place at Muckleneuk Sports Grounds in Mamelodi West from Friday to Monday.

"B3 believes in local talent and as a responsible business has been a great supporter of football, including the young development, and now we are even more excited to be involved in community football initiatives which are aimed at celebrating and recognising the contributions made by football legends such as Jan Malombo Lechaba," said B3 chairperson Matthews Mogafe.

Malombo, since his retirement from football more than two decades ago, has been instrumental in ensuring the community of Mamelodi get platforms to showcase their football talent. He is currently scouting players for Mamelodi Sundowns.

"With the tournament, the foundation wants to unearth the young soccer talent in and around Pretoria.

"We want to encourage, promote and advance the beautiful game of football with the objective of taking our youth out of the streets where they might be exposed to drugs, alcohol abuse and other unhealthy lifestyle," added Danny Ramalapa of Mamelodi All Stars Foundation. -Sowetan Reporter