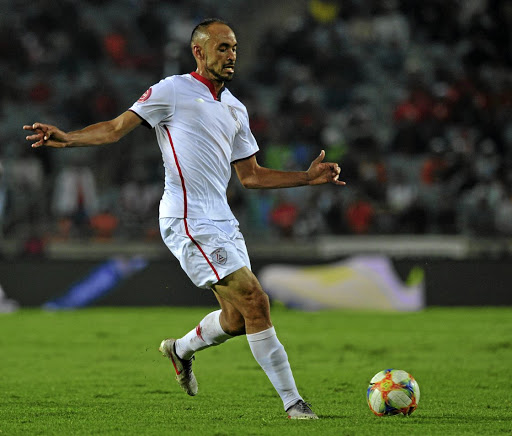 Veteran striker Eleazar Rodgers has over the years had some memorable relegation escapes in the Absa Premiership.

Last season, Rodgers avoided the chop with Bidvest Wits in what was Gavin Hunt's worst statistical campaign as a coach.

After being rooted to the bottom of the table for some time, Wits eventually climbed up to finish 13th.

Seven years ago, the 34-year-old was also part of the Mamelodi Sundowns team under Johan Neeskens that nearly plunged down.

It was not until Pitso Mosimane was appointed to replace Neeskens that Downs survived.

"Of course, a few years ago I was relegated with Santos but after that the teams I have played for had managed to stay in the top flight," Rodgers said.

"With Wits it was tough because we had won the league the previous season, and with Sundowns Pitso came in and saved us."

Now Rodgers is in the same boat as he tries to avoid going down with Free State Stars this season.

Ea Lla Koto are 15th in the standings with 24 points after 13 losses, six wins and six draws. They have the same points with Baroka and Chippa United.

The lanky Cape Town-born forward feels confident that his team will not be in the National First Division (NFD) next season.

"We are really pushing and working hard to get the results. I think we have been playing well but just that we have not been scoring the goals," he said.

"Despite the results, we have been improving, which is a positive sign. Every team that comes our way in the remaining games ... we will fight."

Stars will take on Highlands Park at the Makhulong Stadium tonight (7.30pm).

The former Ajax Cape Town goal poacher has urged his players to win against the Lions of the North.

"It's an important game that can change the [dynamics] of the relegation battle. At this point, even a draw is not good enough, we must try to get the maximum points."