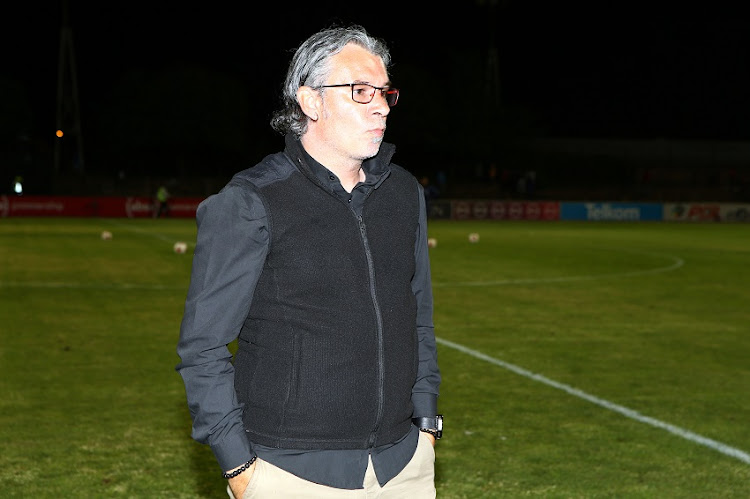 Free State Stars coach Nikola Kavazovic broke down in tears when describing the impact of the loss of Sinethemba Jantjie to reporters at the weekend‚ a fortnight after his untimely death in a car accident and after Stars played their first game since the fatal crash.

After Saturday’s 2-1 loss to Orlando Pirates in Soweto‚ Kavazovic read from a tribute he had written about Jantjie‚ just days before his death‚ when he had asked for some words about the player to accompany an interview that had been conducted with Jantjie.

Kavazovic wrote about Jantjies’ warm personality and also apologised for not initially using the 30-year-old player‚ who he wrongly assumed might be distracted by an impending move to Bidvest Wits.

Jantjie had signed a pre-contract with Wits at around the same time as the new coach arrived at Stars and was kept out of the team‚ only to prove his commitment to the Stars’ cause with a two-goal contribution in their 3-2 away win over neighbours Bloemfontein Celtic at the end of February.

“Working with him day by day was privilege for me as a coach and a man.

"I must admit a huge mistake when I thought he would not give us his best after he signed for Wits.

"Had I used him more we would have been better placed (on the log) for sure.”

Orlando Pirates continued to give a good shot in their title race by beating Free State Stars 2-1 at Orlando Stadium last night. The deadlock was ...
Sport
2 years ago

As Kavazovic read from his tribute‚ which he had on his smartphone‚ he broke down in the middle‚ before composing himself and resuming.

It exposed the raw grief still within the squad‚ although Stars showed great character in their first game back as they narrowly lost to Orlando Pirates away on Saturday night.

It was only a brilliant save deep in stoppage time from Pirates goalkeeper Wayne Sandilands that denied the Bethlehem-based side a share of the spoils.

They remain second from bottom but have a catch-up game against Highlands Park in Tembisa on Wednesday.