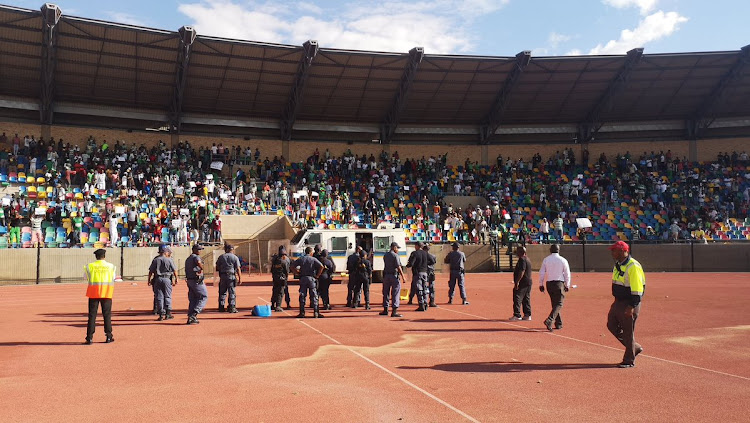 The match between Bloemfontein Celtic and Cape Town City had been called off after some supporters invaded the pitch and threw objects on the field.
Image: TWITTER/CAPE TOWN CITY

The Premier Soccer League (PSL) has condemned the acts of hooliganism that led to the league match between Bloemfontein Celtic and Cape Town City being abandoned at the Dr Molemela Stadium on Sunday afternoon.

The referee called off the match after a section of the supporters invaded the pitch and threw objects onto the field.

Horrific scenes here away at Celtic. Supporters and police clash as the players are rushed into the dressing rooms for safety. City’s momentum has been cut by growing crowd violence. Seems to have no end... pic.twitter.com/lYFeBSMFhy

The PSL said in a statement that they would wait for full reports from the match commissioner and other members of security before announcing further details about the course of action that will be taken.

Details of a new date of the abandoned encounter will be communicated at a later stage.