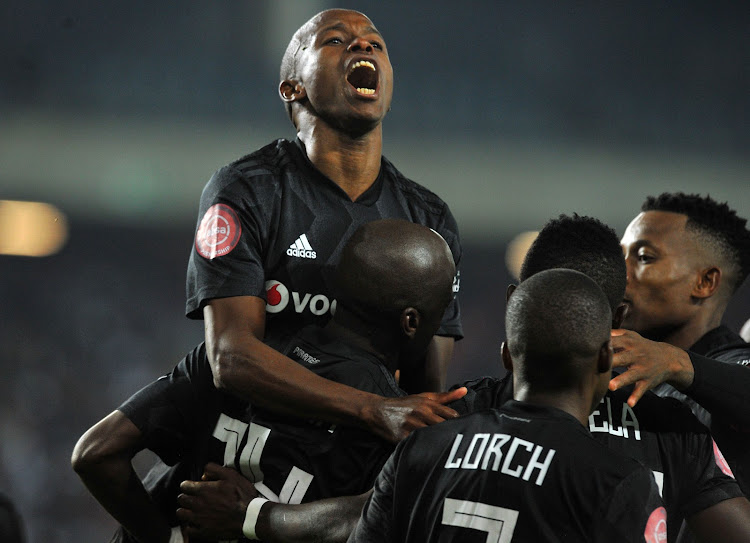 Orlando Pirates overcame a strong tactical showing from relegation-threatened Free State Stars, scoring twice in six minutes at the start of the second half to go on and win 2-1 and open up a six point gap at the top of the Premier Soccer League table.

A penalty from Musa Nyatama was followed quickly by a decisive second from Justin Shonga but Pirates had to endure a nervy finish at the Orlando Stadium last night (SAT) after Eleazar Rodgers pulled one back with nine minutes left.

Pirates have important points in the pocket now but played three more games than champions Mamelodi Sundowns who return from Egypt to begin the catch-up bid with a midweek.

Stars remain second from bottom but still have a catch up game on Wednesday away at Highlands Park in Tembisa and still every chance of survival if based on a gutsy showing.

Stars were playing their first game since the untimely death of Sinethemba Jantjie, in a car accident on April 1, and also three days short of a month since their last outing against AmaZulu.

But any thoughts they might be overwhelmed by the trauma of the loss of their teammate, or rusty from the layoff, were quickly dispelled by a disciplined tactical showing that saw them press Pirates high, give them little space in midfield and when Pirates did get to the edge of the Stars’ box, swamp them with numbers.

It meant the first half was characterised by an intriguing battle for the purist but devoid of any excitement for the decent-sized crowd to enthuse over.

Pirates failed to get a single shot on target in the first half and only got behind Stars’ defence when they were offside.

Stars looked for a few counter attack opportunities but could not get the numbers forward quickly enough to make them tell.

Makhehleni Makhaula, with able assistance from the 35-year-old Paulus Masehe, was a strong force in the middle where Ben Motshwari toiled hard for the Buccaneers but could not make any headway.

There was an early injury scare for the 37-year-old Rooi Mahamutsa after he fell badly in a challenge with Augustine Mulenga and looked to have done serious damage to his knee but despite Mahamutsa’s initial anguished cries of pain, he was soon back in the thick of the action.

Unfortunately, it was a clumsy challenge from the ex-Pirates stalwart that undid all the good work straight after the break as he upended Luvuyo Memela and gave away a penalty which Nyatama gratefully tucked away.

Then a mazy run from Innocent Maela set up Shonga’s goal and Prates might have quickly extended to even further.

But Stars came back strongest showing character and after Rodgers pulled one back there might have been a dramatic last gasp equaliser had Wayne Sandilands not made a superb save to deny Nyiko Mobbie.