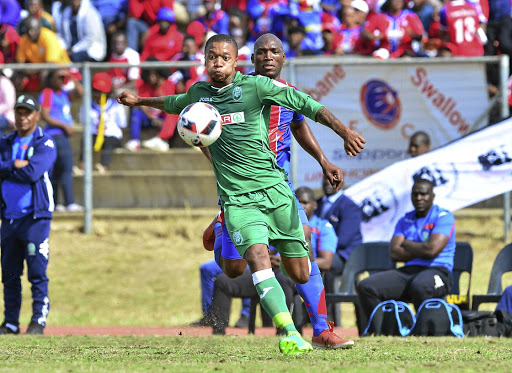 A source close to AmaZulu has revealed to Sowetan why Usuthu terminated the contract of wayward defender Ayabulela Konqobe.

"He missed a number of training sessions last month. When he returned, he told the club that he was in Johannesburg to see his mother, who was sick. The trouble started when he produced a fake medical letter of his mother's illness," said the source.

"Apparently he bought that letter, but the biggest mistake he made is that he did not check the dates to support his argument. The date written in the letter and the date he said his mother went to the doctor were not the same at all. After all this, he faced the club's DC and the rest is history."

Since making his top-flight debut as a 19-year-old while still at SuperSport United in 2015, Konqobe, now 23, has been hopping from club to club. It's believed that it's his off-field antics that has seen him struggle to settle at all his former clubs.

Konqobe had joined Usuthu on a six-month deal in the January transfer window. The Mother City-born defender has previously been on the books of Ajax Cape Town, Chippa United, and the now defunct Thanda Royal Zulu.

Before joining AmaZulu, the former SA youth international had a trial with Kaizer Chiefs, but he could not win a contract at Naturena. He made just one appearance for Usuthu this season, playing a mere six minutes in the 2-0 win over Golden Arrows in December last year.

Konqobe couldn't be reached for comment as his phone was off. In December, AmaZulu general manager had warned they were giving the ex-Chilli Boys centreback the last chance to prove his potential.

'Chippa United will stay in the PSL' - Club's midfielder Malama

If you take one look at Chippa United's remaining fixtures, you would immediately wonder if they are going to pick up any points from their remaining ...
Sport
3 years ago
Next Article