Pirates, Wits have chance to go on top 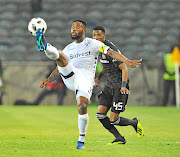 The fact that Mamelodi Sundowns remain on top of the Absa Premiership log despite their exploits on the continent is an indictment on the chasing pack.

The chasers, led by Orlando Pirates and Bidvest Wits, have faltered in key moments in the past few weeks where championship contenders usually shift into top gear.

Both Pirates and Wits have had ample opportunity to topple Downs from the top and ascended to the summit.

Tomorrow's battle at Bidvest Stadium (3pm), where the Students host Bucs, has the potential of separating the real contender from the pretender.

A win would catapult either team to the top of the standings, where they would be on 44 points with the Brazilians.

Currently, the two teams have 41 points with six games left to play.

Wits attacker Gift Motupa has urged his teammates to pull up their socks against
Pirates tomorrow.

"I think we just need to be a little bit more consistent and we will come alright.

"The way we have been allowing games to slip from our fingers has not been good," Motupa said.

"This is an important time in the title race. We just need to work even harder and improve our performance."

Motupa has been the standout performer for the university side in the past five league games where they have lost three, drew one and won one.

In those five games, the 24-year-old has scored in all but one game and has subsequently taken his tally to nine league goals so far this season.

"In as much as I am happy with my performance, it means nothing if the team is not winning," he said.

Pirates will also welcome back winger Vincent Pule, but will be without forward Thembinkosi Lorch, who is suspended. Luvuyo Memela could also miss the match because of a thigh injury.