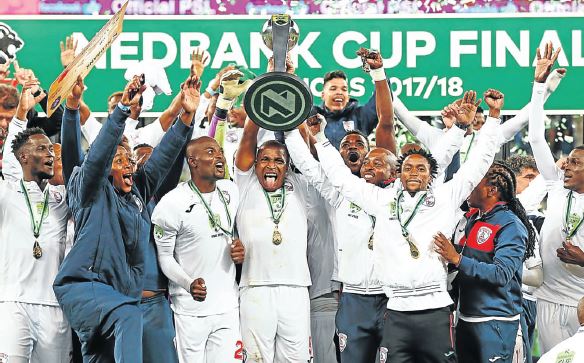 The Premier Soccer League (PSL) have confirmed the dates and venues of the Nedbank Cup semifinals‚ with Kaizer Chiefs scheduled to meet Chippa United in the headline fixture at Nelson Mandela Bay Stadium on Saturday‚ April 20.

The matchup‚ to be played at 8.15pm‚ will be the second semifinal that Saturday.

The league said in a statement: “The PSL also confirmed that tickets for the semifinal fixtures are now available at TicketPro outlets nationwide. They are selling at R40 for adults and R15 for children under the age of 12.

“TS Galaxy will be making the debut appearance in the Nedbank Cup semis and will be aiming to become only the fourth ever National First Division side to reach the final after Mpumalanga Black Aces (2008)‚ University of Pretoria (2009) and Black Leopards (2011).

It is high time the Premier Soccer League revisited its disciplinary processes.
Opinion
3 years ago

“They face a Lamontville Golden Arrows side also looking to reach their first-ever Nedbank Cup Final having come very close to achieving this feat in 2017 when they narrowly lost to Orlando Pirates in the semis.

“Chippa United will be making their second Nedbank Cup semifinal appearance in three years and will be aiming to go one better by reaching their first ever final.

“Kaizer Chiefs will be looking to reach their first Nedbank Cup final since lifting the trophy in 2013.”