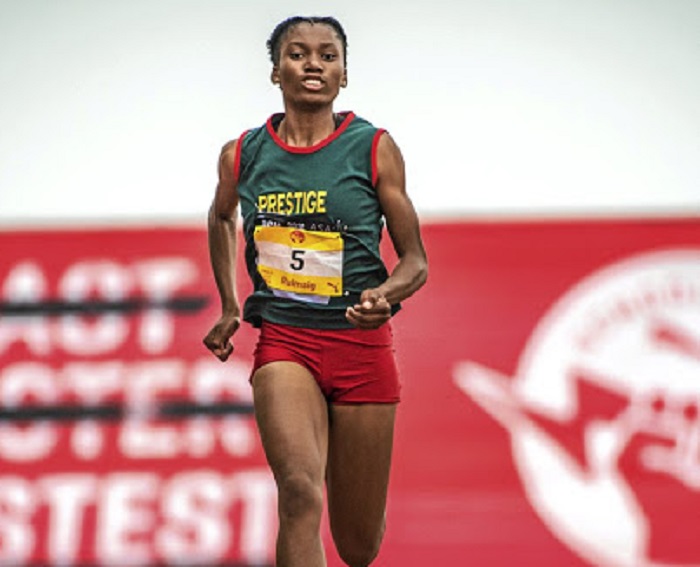 Fresh from winning the women Under-20 junior 100m race by clocking 11.91 seconds at the Athletics SA (ASA) Youth and Junior Championships in Paarl, Western Cape, last week, Xeyi, 18, feels she's on course to represent the country at the 2024 Paris Olympics.

"My dream is to take on the world in the future. I think I have been doing fine at the juniors. I am having the best development phase of my career. I see myself lining up at the 2024 Olympics,'' Xeyi told Sowetan at Paarl's Dal Josaphath Stadium.

Gontse Morake stole the limelight on Thursday‚ with the Gauteng North athlete breaking the national youth 400m hurdles record on the opening day of ...
Sport
4 years ago

"I will work hard to qualify for those Olympics in Paris. It must be a wonderful feeling to be a world champion!

"My coach [George Bradley from Prestige College in Hammanskraal] is pushing me very hard. I'm willing to challenge myself.''

The Diepkloof-born, Soweto, prospect admits it's a daunting task to focus on athletics while she's also trying to finish her matric.

"It's very hard to juggle the two. But it is all about time management and passion.

"I'm determined to pass my matric with flying colours. But the funny part is that I have not decided what I will do after matric,'' said Xeyi.

Xeyi is self-motivated, insisting she does not have a role model. Xeyi is also capable of doing 200m, but she regards herself as a "100m specialist". She represented SA at the IAAF World U18 Championships in Nairobi, Kenya, last year.

"I am my own role model. Why? I do not want to say someone inspires me, I must be myself. Yes, I can do 200m, but I am a 100m specialist,'' noted Xeyi, who ran her Personal Best of 11.55 seconds at last year's Youth and Junior Championships at the same venue in Paarl.

It remains to be seen if Xeyi makes the team that will represent SA at the CAA African U18 and U20 Championships in Ivory Coast, starting from April 13 to 20.

ASA is expected to announce the team tomorrow.