Ex-Pirates star Morrison back in SA 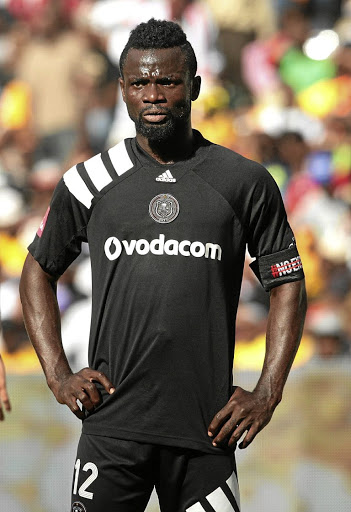 The last time he was in South Africa, things didn't work out for Bernard Morrison at Orlando Pirates and he was let go after a couple of seasons.

The waters were also muddied when Chippa United claimed Morrison didn't pay back the relocation allowance of R24,000 after a proposed loan move to the Chilli Boys fell through in July last year.

Morrison, who opted to join DR Congo side DC Motema Pembe, has returned to SA in search of a new club.

Speaking to the Sowetan yesterday, he said the matter with Chippa was settled and he's also dealt with the disappointment of leaving Pirates without much success. "Yes, it was sorted," Morrison commented on the Chippa matter.

Chippa's chief operations officer Lukhanyo Mzinzi declined to comment and said it was water under the bridge for them.

It's been two months since the Ghanaian winger parted ways with Motema Pembe, and he admitted that he should have considered his options before moving to the DRC, but rushed into a decision. "When I was here, playing for Pirates felt like home," Morrison said.

"Since coming back to SA, my plan has been to just relax and do some self-introspection until the transfer window opens again, and that's the reason I stayed low profile about my move back here."

For Bucs, he played 23 matches across all competitions and scored four goals.

"In my first season, I was trying to analyse and understand the style in the PSL and I was on point in the second season but got injured."