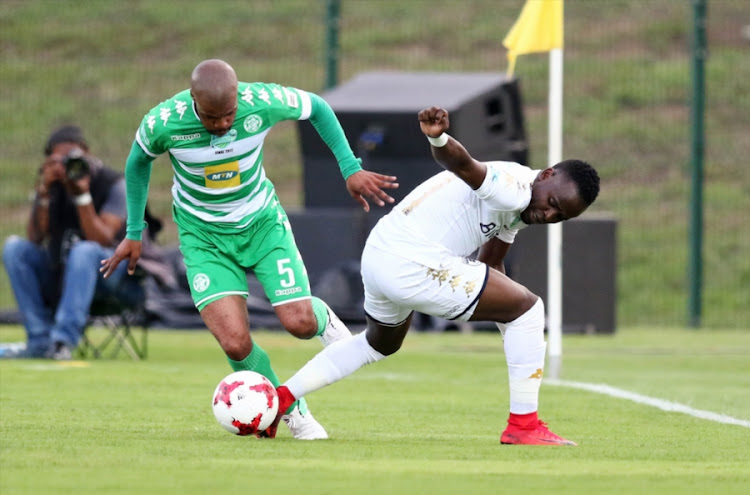 Bloemfontein Celtic's Wandisile Letlabika has suffered a slight setback after attempting to return to training following a life-threatening head injury a month ago.

Sowetan can confirm that the 29-year-old was back at training on Monday, but after some runs felt dizzy and was advised to see a doctor.

"I tried to train with amajita [the guys] and I was hit by a headache. I'm not 100%, so the headache is killing me," explained Letlabika, who was due to see a doctor late yesterday.

He was rushed to hospital on March 2 after suffering a concussion in their goalless draw against Mamelodi Sundowns at Loftus Stadium.

Letlabika was discharged the same day and was initially ruled out of action for two weeks, but it has taken him longer to recover. He will not be back in time for Friday night's encounter against Maritzburg United at Harry Gwala Stadium.

"But it's not the same as before, because I'm better now. It was tough. When my teammates tell me the story, they thought I was dead," Letlabika continued.

"They say when they noticed that I wasn't moving they ran to sit on the bench, because they saw that I wasn't even opening my mouth...

"I remember heading the ball and hitting the post, but nothing after that - it's all gone," he said.

The defender could be fit for the match against Cape Town City at Dr Petrus Molemela on April 14.

Letlabika also expressed his condolences to the family of Sinethemba Jantjie, the Free State Stars winger who died in a car accident in the early hours of Monday.