Free State Stars game postponed for Jantjie to be buried 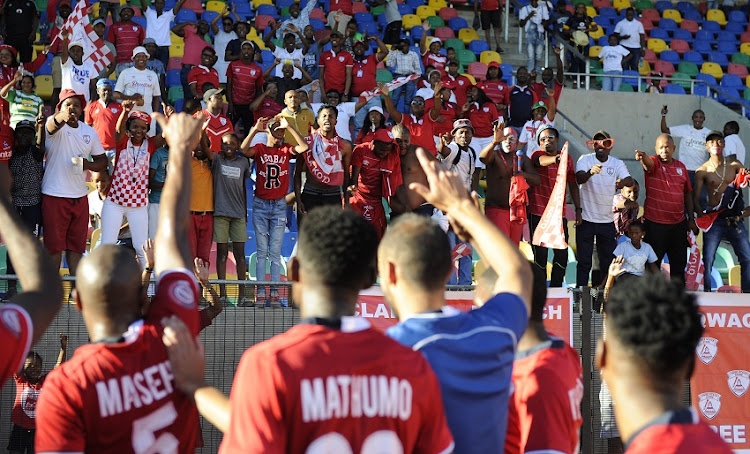 Free State Stars’ weekend Absa Premiership clash against Highlands Park has been called off to allow star winger Sinethemba Jantjie to be buried on Saturday.

The Premier Soccer League (PSL) have postponed the game‚ which was scheduled for Saturday‚ to a date to be determined after Jantjie was killed in a car accident in the early hours of Monday morning.

He will be buried in his home village of Whittlesea in the Eastern Cape on Saturday.

There will be a memorial service for Jantjie in Bethlehem on Thursday‚ Stars have announced.

The 30-year-old perished when his vehicle was involved in a collision‚ with pictures of his mangled car circulating on social media.

He is the latest in a sadly growing list of road fatalities among professional football players‚ with Lesley Manyathela‚ Gift Leremi‚ Richard Henyekane‚ Cecil Lolo‚ Mondli Cele and Mlondi Dlamini having perished in car accidents over the last two decades.

Although already 30 years old‚ Jantjie was on the brink of a major breakthrough after signing a pre-contract with Bidvest Wits‚ who he was due to join at the end of the season.

He joined Stars three years ago from Mbombela United‚ providing a late bloomer who rose to prominence in the 2015-16 season when he helped take the come National First Division club close to promotion to the Premier League.

He moved to Free State Stars in the following campaign and‚ after initially battling to make an impact‚ later became a regular with Ea Lla Koto.