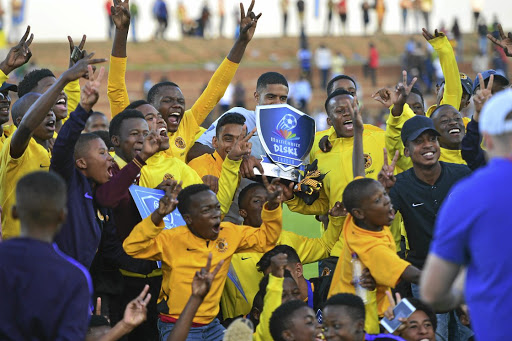 Kaizer Chiefs' chances of defending their MultiChoice Diski Shield (MDS) crown seem to have been imperilled by a number of factors.

Chiefs clinched the inau-gural MDS in May last year, coming from behind to beat Mamelodi Sundowns 3-1 in the final at Makhulong Stadium in Tembisa.

Given Thibedi, Yusuf Bunting and Katlego Ntsabeleng were on target for the Arthur Zwane-coached side, while Vuyo Mantjie's early strike eventually proved a mere consolation for the Brazilians.

Beginning their title defence by battling it out with Highlands Park in their first group stage encounter at Thohoyandou Stadium on Sunday, Amakhosi will be led by a new skipper after Nkosingiphile Ngcobo ascended to the senior side, but an Achilles injury has cut short his season.

Dream come through for young player after winning Pirates contract

Durban-born youngster Ryan Adams was declared the winner of Shield's Sbonisi’Diski Campaign and has earned himself a contract with the Orlando ...
Sport
3 years ago

Ngcobo's absence will surely be felt in this year's tournament as he had captained the Soweto heavyweights for the past three seasons.

It remains to be seen who inherits the armband. Amakhosi will also have to soldier on without another key player in last season's success, Happy Mashiane, who's now an important first-team player as well.

Bunting finished as Chiefs' top scorer but now he's on loan at Highlands. Given the fact that he's struggling to break into the first team, the young striker may feature against his parent club on Sunday and could possibly haunt them.

In the first round of the tournament teams, grouped into four pools, play each other once and the teams with the highest number of points at the end of the group stages progress to the semifinals.

Only players under 23 are allowed to play in the MDS.