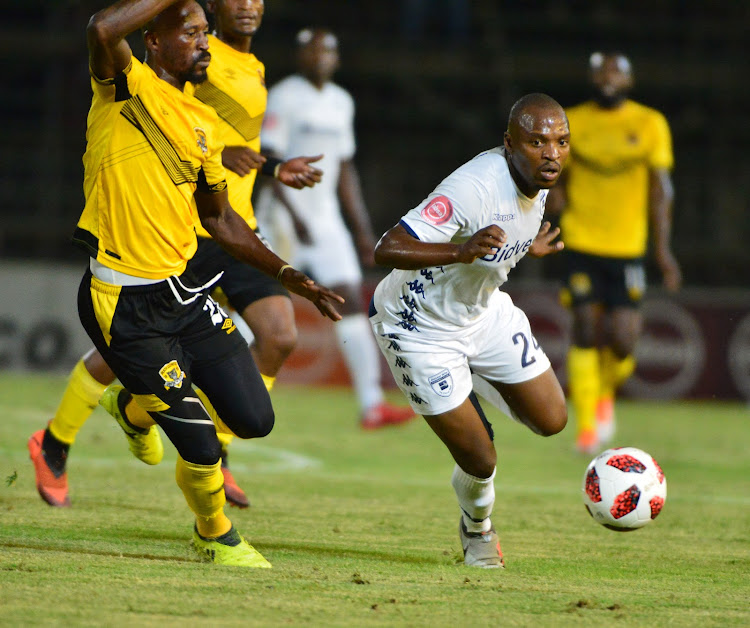 With Bafana Bafana confirming their participation this year's African Nations Cup after qualifying a few days ago‚ several fringe players are expected to push hard and force their way into the Egypt-bound final squad in the coming weeks.

Bidvest Wits striker Gift Motupa fits the above category and his nine goals have helped the Clever Boys to remain in contention for the domestic league title.

The former Under 23 striker hopes maintain his form and catch Stuart Baxter’s eye in the weeks before the Nations Cup in June-July.

“Yes it will be good for any player playing in SA to represent his country in the Afcon‚” said Motupa‚ who has one Bafana cap to his name after earning it in a 1-1 drawn 2017 Afcon qualifier against Mauritania in 2016.

“What I need to do as a player is just to make sure that I do my job at club level so that I have the opportunity to be called up.

“My form has been good but it’s all because I’ve got support from the coach (Wits mentor Gavin Hunt) and my teammates.”

Motupa has also scored one goal in the domestic cup competitions.

His strike against Black Leopards in a Nedbank Cup match helped his side to eventually win 3-2 on penalty to make it to the last eight where they will meet Chippa United at the Bidvest Wits on Saturday.

Motupa said Saturday's quarterfinal against Chippa would challenge Wits and they have raise their game if they are to make it to the semifinals.

“This one is going to be a different game‚ everyone will want to win it‚" he said.

“Yes Chippa may not be doing well at the present moment but we are not going to look at that because it’s a cup game.

“Their strength is that they have been scoring goals in their recent games. So we will have to make sure that we are solid at the back and take our chances.”

Wits have only won the Nedbank Cup once when they defeated AmaZulu 3-0 in 2010.

But the Clever Boys can claim to have won the competition twice as they were also winners in 1978 when they beat Kaizer Chiefs 3-2 in what was known as the Mainstay Cup.

In their seven appearances in the Nedbank Cup since 2011‚ Chippa came close to winning it in 2017 when they were knocked out by SuperSport United 4-2 on penalties in the semifinals after a goalless stalemate.