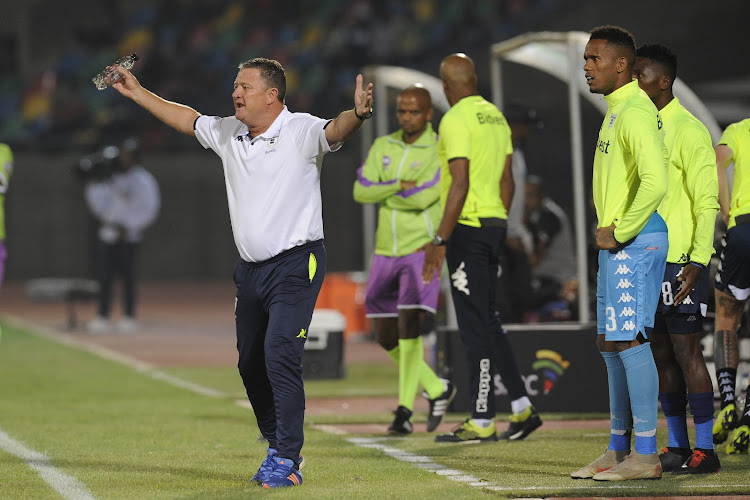 Bafana Bafana are too good a team to have any business going to the African Nations Cup simply to make up the numbers and fail to make a lasting impression at the continental showpiece in Egypt in June.

This confident outlook was made by Bidvest Wits coach Gavin Hunt and he insisted that Stuart Baxter’s charges are good enough to go toe-to-toe with the continent's powerhouses in a few weeks' time.

“I’m very proud‚ I’m so happy‚” said Hunt after Bafana qualified for the tournament for the first time in four years after beating Libya 2-1 in Tunisia on Sunday.

“I think Bafana have a great chance.

“I think on a level playing field‚ on a neutral ground in Egypt and on good surfaces‚ I think the way they play and the players that they’ve got‚ I think they’ve got a great chance.”

Hunt was impressed by the great team spirit displayed by the national side‚ which was evident during Bafana's celebrations after Sunday's away encounter.

“There’s some togetherness and the team can play different formations‚ which is very important and which they did at the weekend‚” said Hunt.

“Some of the teams that are there (in the Nations Cup) are poor. So if Bafana can get a good group and get a good draw‚ they can go through.

“I think they can get close‚ I really do.”

Hunt also hopes that his four players transfer their Bafana form to club side Wits when they host Chippa United in the quarterfinals of the Nedbank Cup at the Bidvest Stadium on Saturday (8.15pm).

“I think if we defend well till the end of the season then who know where we will end up‚" he said.

Hunt was proud of his Bafana contingent and said he hoped to see more Wits players in the national side.

“The four players have been in the squad for a long time‚ I don’t know how many years now‚” Hunt said. “So yes‚ we want to get more (Wits players) in there and I think they have done well and they have won a lot of trophies at Wits together.

“So they know what it’s about and it came through at the weekend for the national team. Yes I’m proud obviously and happy‚ as we all should be.”