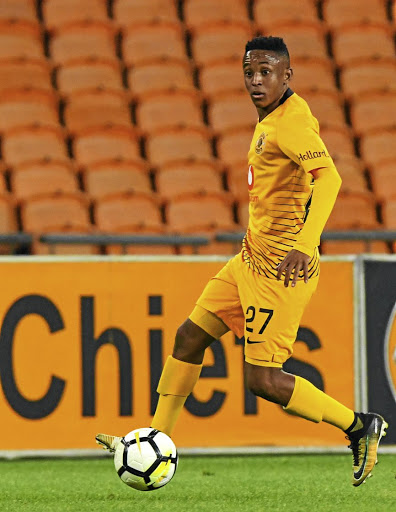 There are many PSL players at a crossroad as they face an uncertain future at their respective clubs. Tiyani wa ka Mabasa picks a few that are heading to the exit when their contracts expire at the end of June

The 28-year-old headlines the list of those who could be playing in different colours next season.

Ekstein is apparently demanding a better offer from Chiefs to stay on and at his age, it could be his last big deal.

Sowetan sources reckon Orlando Pirates, Mamelodi Sundowns and SuperSport United are all keen to have him.

It's not working out for the Malawian with the Clever Boys. To address his lack of game time, he even went on trial at Portugal's Victoria Setubal last year but wasn't signed.

The former Bloemfontein Celtic striker has played just nine games all season, with a return of two goals.

The Botswana international has turned to his fashion brand MN Clothing to take his mind off football.

Ngele's original contract - a five-year contract which he signed in 2014 when he joined from Platinum Stars - has three months to run but the Brazilians have a one-year option.

It's highly unlikely that Sundowns would take up their option and Ngele may be on his way out.

Thuso Phala has surprisingly singled out SuperSport United chief executive Stan Matthews in his farewell statement despite a tongue-lashing from the ...
Sport
2 years ago

He's on a short-term deal with Lidoda Duvha. He was clubless before joining the Limpopo side late last year and with 10 appearances to his name, the former Orlando Pirates midfielder has done enough to convince Leopards he deserves a longer stay.

The former Bucs captain's days at the club are numbered and sources have indicated that he's definitely leaving.

Matlaba, 31, could in fact have left for Chippa United on loan some months ago as he's clearly not in Pirates' plans anymore.

Mabena told Sowetan in February that it's possible he may stay at Celtic. But we have learnt that an exit is also not out of the question.

Ultimately, it would depend on what Celtic put on the table and everyone knows they don't have cash lying around since they've been battling financially.

He almost rejoined old club Chiefs on loan in the January transfer window.

In the end, the move failed to materialise and Chiefs settled for Daniel Akpeyi, who arrived from Chippa. With his contract expiring on June 30 and clearly not in Sundowns' plans, an exit is imminent.