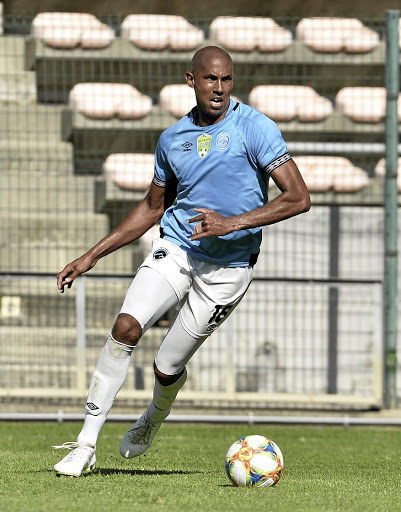 Veteran Cape Umoya United striker Nathan Paulse sees the Nedbank Cup title as the perfect way to cap off his comeback to football.

The 36-year-old came out of retirement in August to help United in their first season in the National First Division (NFD).

The coach at the time, Roger de Sa, convinced Paulse to return to football a year after hanging up his boots.

Paulse has played a pivotal role in the team's progress to the cup quarterfinals and he is now eyeing the big prize.

"It would be a fairytale to win the cup after my return but it would also be good for the club, which is like a new baby in SA football," Paulse said.

"It's been an enjoyable comeback and I have always wanted to blow that myth that when you are over a certain age then you are no longer of value in football."

The former Ajax Cape Town marksman has had to make some adjustments to new coach Dominic Isaacs.

"It has been a bit of a transition because Roger brought me in for a particular purpose," he said.

"Dominic is someone I have known many years and I have had to adjust to him sort of being my boss after playing with him for so long."

Umoya will take on fellow NFD side TS Galaxy in a last-eight clash at the Athlone Stadium on Wednesday (7.30pm).

Paulse has praised Galaxy for the attractive way they play in the high-tempo lower division.

"They are a team that enjoys passing the ball around and that is hard to do in the NFD because it's so fast-paced," he said.

Veteran striker Nathan Paulse scored five minutes from time to spare the blushes of Cape Umoya United as they edged fourth-tier Tshwane University of ...
Sport
3 years ago
Next Article