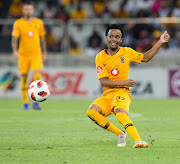 Kaizer Chiefs have suffered yet another in a series of long-term injuries in the 2018-19 season‚ this time freshly introduced youth product Nkosingiphile Ngcobo being ruled out for six months‚ the club have announced.

The injury‚ barring a miraculously speedy recovery‚ is sure to see 19-year-old Ngcobo miss the Fifa Under-20 World Cup in Poland in May and June.

The talented South Africa Under-23 forward had only this month made a substitutes’ debut‚ and then a starting debut‚ in Amakhosi’s last two matches.

“Ngcobo will be out for 6 months due to Achilles Tendon injury we wish him a speedy recovery and stand behind him‚” Chiefs posted on their official Instagram account.

Ngcobo starred for the SA U-20 team that qualified for the World Cup with a third-placed finish at the Africa U-20 Cup of Nations in Niger last month.

The youngster was promoted back to Chiefs’ first team in December by current coach Ernst Middendorp‚ whose predecessor‚ Giovanni Solinas‚ earlier this season sent Ngcobo back down to Amakhosi’s reserve side.

He made a debut as a substitute at half time of Chiefs’ 1-0 Absa Premiership win against Maritzburg United at FNB Stadium on Wednesday‚ March 20.

Ngcobo started Amakhosi’s next league match‚ the 1-1 draw against SuperSport United at Mbombela Stadium on Friday night‚ but was stretchered off in the 76th minute.

Ngcobo update: Ngcobo will be out for 6 months due to Achilles Tendon injury we wish him a speedy recovery and stand behind him #amakhosi4life #hailthechief 💛✌️