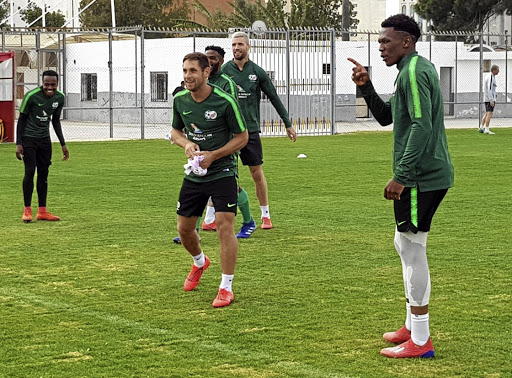 Bafana Bafana have opted to completely overhaul their attacking tactics when playing Libya in the crucial Africa Cup of Nations (Afcon) qualifier on Sunday.

The national team failed to score against the same opposition when they met in the first leg in September.

Pule and Vilakazi have been left out of the current squad, while Dolly is unlikely to start as he recently returned from a long-term injury.

In September, Lebo Mothiba was yet to make his debut and did not make the match-day team, although he was named in the 23-man squad.

Now Mothiba is looking forward to a better performance than the disappointing stalemate in Durban.

No panic for Bafana Bafana ahead of Afcon qualifier

Bafana skipper, coach say team will go for a win
Sport
2 years ago

"In the first game I was not here, so this will be my first time playing against Libya," Mothiba told Sowetan.

"All we have to do is to keep focus and work hard at training. They have prepared very hard for us because this game will decide which team is going to Afcon."

A lot has changed for Mothiba since the first leg, when he was playing for Lille.

The 23-year-old now plays for RC Strasbourg after a multimillion-euro transfer and is the main striker alongside Percy Tau.

Coach Stuart Baxter will look to players like Mothiba to lead the nation to the Afcon in Egypt later this year.

Thembinkosi Lorch believes his experiences playing in the Caf Champions League puts him in a good place to play a starring role for Bafana Bafana in ...
Sport
2 years ago

Baxter could potentially have an attack that includes Themba Zwane, Thembinkosi Lorch and Lebohang Maboe this time around.

Bafana need a draw against the north Africans at the Stade Taieb Mhiri (7pm) in Sfax to qualify in Group E.

Midfielder Dean Furman said they cannot afford to miss a trip to Egypt after Bafana failed to qualify for the 2017 Afcon.

"What we need to remember is that we are undefeated in the group. Obviously, if it remains that way then we qualify, so we take that as a huge positive," said Furman.