It's all about love for London's seniors in the stands 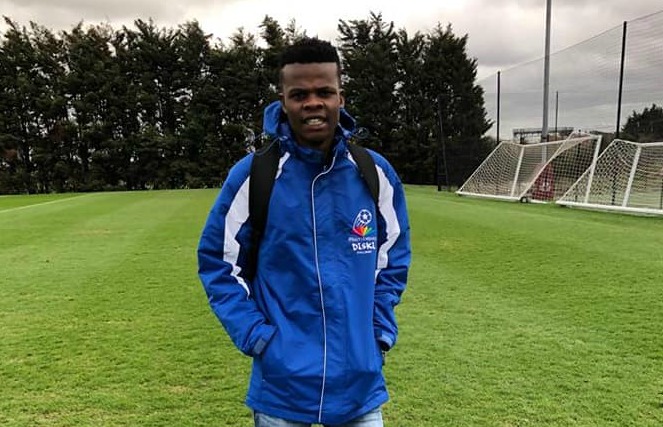 The unwavering football passion by local senior citizens here has left me awed. After watching three top-flight matches in the English capital within a space of four days I was positively taken aback by how grannies and grandpas - who back home in SA would, at best, be minding their grandchildren or, at worst, living in an old age home - attend football matches religiously.

I was at the Emirates Stadium when Arsenal gunned down French club Stade Rennais 3-0, booking their ticket into the last eight of the Uefa Europa League last Thursday.

Gabonese star Pierre-Emerick Aubameyang grabbed an awesome brace, with homegrown youngster Ainsley Maitland-Niles also on target. The London heavyweights had been drubbed 3-1 in the first leg the previous week away.

Before heading into one of our three executive suites at the Arsenal venue through the Clock End entry point, I asked one pensioner clad in the Gunners colours why the attendance is dominated by grey-haired fanatics in this city.

The old lady, who looked to be in her 70s, said "love conquers all... if you can still walk and talk you have not aged". Not keen to give out her name, the passionate fan answered in a true sense of the kuguga othandayo (age is nothing but a number) clich�.

I had never imagined myself watching a match at the majestic Emirates Stadium before, let alone in an executive suite. It was a goosebump-inducing experience.

Two days later I was at London Stadium where I witnessed one of the most memorable comebacks in recent English Premiership era. West Ham United came from two goals down to hammer strugglers Huddersfield 4-3.

As a South African sports maniac, it was only natural for me to be overcome with nostalgia, because it's here where our golden girl, Caster Semenya, paved her way to stardom, clinching her maiden Olympics gold in 2012.

Watching Senegalese Sadio Mane, in the flesh, scoring in Liverpool's 2-1 win over Fulham at the tiny Craven Cottage on Sunday cherry-topped it all for me.

Ndebele is in London, with MultiChoice Diski champions Bloemfontein Celtic a s a guest of MultiChoice