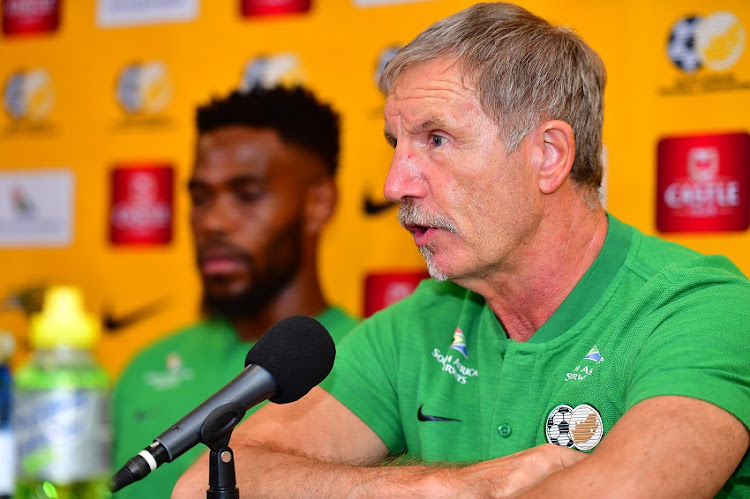 Bafana Bafana have close-up knowledge of Libya‚ but national boss Stuart Baxter has admitted that a coaching change from the North Africans means he cannot accurately predict their gameplan in Sunday’s huge Africa Cup of Nations qualifier.

South Africa need a draw and Libya a win in the qualifier in Sfax‚ Tunisia‚ to reach the Egypt 2019 in June and July. Bafana have had a close look at Libya.

They will know they will be a tough prospect in North Africa‚ having at times been put on the back foot in a 0-0 draw at Moses Mabhida Stadium in September.

The charismatic and controversial Algerian-Belgian Amrouche – who raised eyebrows comparing the Confederation of African Football to a mafia in Durban – quit as Libya coach four days ahead of their next qualifier away against Nigeria in Uyo.

The coach had also made some controversial statements about how he would rather face Bafana than the Super Eagles.

Amrouche’s assistant‚ Omar Al-Maryami‚ took charge of the back-to-back games against Nigeria‚ losing 4-0 in Uyo then 3-2 in Sfax.

The Libyan FA were not impressed with those results and appointed legend Fawzi Al-Issawi‚ player of the tournament at the 1982 Nations Cup and the Knights’ all-time top scorer with 40 goals – head coach soon after.

Given his scoring record as a player‚ and the result in his lone game in charge – an 8-1 thrashing against Seychelles in Victoria‚ where Bafana inexcusably could only draw 0-0 – Bafana might expect an attacking approach from Al-Issawi.

Baxter said it was difficult to judge how much Libya have changed under their new coach.

“They played differently against Seychelles‚ but that was a different game‚” he said.

“Will they change against us? I’m not sure.

“I think they’ll want to have a quite offensive starting point. But I don’t think they’ll be wanting to go crazy because he [Al-Issawi] knows that we are quick and mobile‚ and if we pick them off in the fifth minute and go a goal up they’ve got a mountain to climb.

“So I think he will change. Do I need to know exactly what he will do? No‚ I don’t think so.

“We need to know how Libya will play with bigger brushstrokes. I don’t think we need to know if they will have their laces to the left or the right of their boots.

“We’ll set up our stall‚ and go there and produce a performance from our point of view. I do think I’ve got a pretty good idea of how they will play.”

From what he saw in Durban‚ Baxter will know Libya are strong‚ and capable of stretching the SA defence from their pace and forecfulness down the flanks.

Ahmad Benali and Ali Elmusrati were the central midfield pairing who made it difficult for SA to penetrate Libya and create chances.

Pacey centre-forward Anis Saltou‚ one of four players on a third-highest four goals in the qualifiers‚ got behind South Africa’s defence and struck the post in Durban.